“So, when you asked, ‘What is the next big opportunity?’ it is design. It is design for next use in the circular economy. But safe and circular.” Bill McDonough

Clean, renewable energy is the only energy path to a livable future. In 2015, 193 nations agreed that a shift to renewable energy must be one of 17 international Sustainable Development Goals. Goal 7: Ensure access to affordable, reliable, sustainable and modern energy for all. 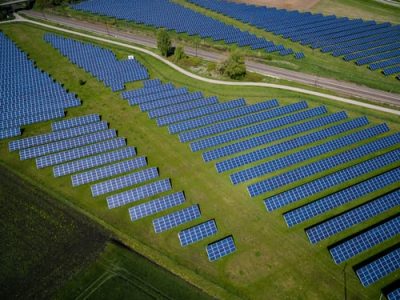 That means transitioning away from fossil fuels – coal, oil, and natural gas – and the greenhouse gases they produce (mostly carbon dioxide and methane) and being quick about it.

In a 2012 Rolling Stone article, Bill McKibben identified three numbers that explain why: 2, 565, and 2,795. That’s 2° Celsius (3.6° Fahrenheit) as an upper limit of global average temperature warming above pre-industrial levels; 565 gigatons (1 gigaton = 1 billion tons) is the remaining carbon budget we can burn and stay below a 2° C increase; and 2,795 gigatons, the carbon content in proven coal, oil, and gas reserves, which is five times higher than our remaining carbon budget. Uh oh!

Since then, the world’s scientists have decided that we really need to keep warming below 1.5° Celsius (2.7°F). That means our remaining carbon budget is 470 gigatons. Known reserves are still there, a gargantuan 2,795 gigatons. These numbers are all the more sobering when we note that already the global average temperature has risen more than 1° C. We are more than two-thirds of the way to the upper limit of warming. 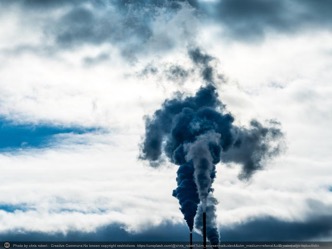 At the rate we are burning fossil fuels, we will burn our remaining carbon budget of 470 gigatons by 2030, only nine years from now.

2,795 gigatons still in the ground remains a very scary number. That is a lot of stored carbon. Burn all that and science tells us it is game over for human civilization. It is that dire. More than 80% of known coal, oil, and gas reserves cannot be burned if we want to survive and thrive. Carbon has become a present and growing threat, and many climate advocates are demanding that all that buried carbon stays in the ground.

For coal, oil, and gas companies, people who work in the fossil fuel industry, as well as communities and countries whose economies rely on fossil fuel exports, those are very threatening statements. Their individual and collective security and net worth collapse to nothing if they cannot access those resources. That is why the fossil fuel industry and people employed there fight so hard against climate action.

With apologies to Shakespeare: ‘To burn, or not to burn? That is the question.’

Maybe there is another way to think about carbon.

In an interview published at GreenBiz.com on February 22, the ever-brilliant and fresh-thinking architect Bill McDonough explains a “wait-a-minute” insight he had a few years ago: “But all of a sudden one day it occurred to me that carbon had become the enemy. And for a person who works with materials, this is really sad. Demonizing carbon? We are carbon…. The idea of looking at carbon and saying it is bad — carbon is an innocent element, a magnificent thing because it is a core of life. I thought, what if we redefine our way of dealing with it and what if we had new language for carbon that does not demonize it?”

What a great question!!

So McDonough created a new, more sophisticated language for carbon that has three elements: Fugitive carbon (which is bad), durable carbon (which can be good if we are careful), and living carbon (humans and all living things, which is something to celebrate).

Plastics in the environment are fugitive carbon. Burning fossil fuels, deforestation, methane leaks, and other sources release enormous amounts of fugitive carbon into the atmosphere, overwhelming and overheating the climate. We have to stop fugitive carbon from continuing and capture much of what has been released. 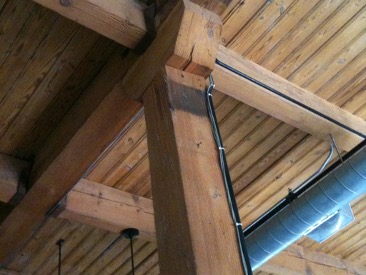 Durable carbon is used in what McDonough calls the technosphere, the technological parallel to the biosphere. He cites a wood beam as an example of durable, useful carbon. Truly recyclable and recycled plastics is durable carbon. We just have to be careful that durable carbon doesn’t escape its intended use and that when carbon in the ground is tapped as a feedstock for materials it is acquired in a responsible way that does no harm to people or the biosphere. McDonough notes that we can intentionally design everything, from products to buildings, to be carbon positive – useful and durable stores of our friend, carbon. The authors of the book The New Grand Strategy: Restoring America’s Prosperity, Security, and Sustainability in the 21st Century make the same point.

Living carbon, well, that is life itself. Carbon cycles between and among the atmosphere and plants, animals, soil, and ocean. As McDonough noted in a 2016 commentary he wrote for the journal Nature called “Carbon is not the enemy”, “Carbon dioxide is the currency of photosynthesis, a source of Earth’s capacity for regeneration. Soil carbon is the guarantor of healthy ecosystems and food and water security.” 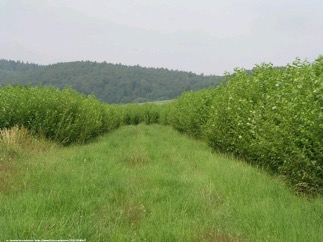 Using McDonough’s framing, it seems to me we can move unimpeded into a renewable energy future and at the same time ensure that carbon resources retain their value for people, communities, companies, and countries with investments in carbon stores – if we will embrace the creativity and flexibility of thought that McDonough models.

So once again, we find ourselves in the same place: we have an elegant solution, a new way of thinking and acting right in front of us. What are we waiting for?