The Pursuit of Equity: Understanding How to Reduce Inequality

Home » Blog » The Pursuit of Equity: Understanding How to Reduce Inequality

To lack equality, to experience or have injustice or partiality; these are the descriptions that populate when you google the definition of inequality. The year is 2020, and society has not progressed in the same facet or to the same magnitude as technology or athleticism. This should draw a red flag for you. Why hasn’t humanity advanced to a more equitable way of living for all people? Why do individual races, counties, or school systems experience reduced inequality in comparison to others? In short, it is because the people and policies running our society advocate for some to live a lifestyle filled with more privilege while others live primarily in a lifestyle of disparity. That leads us to the question in play, “How do we identify the inequalities and work to reduce them?”

At the root of all inequalities lies motivation and mobilization. Take a rendition of Maslow’s hierarchy of needs; for example, to change the results or actions of those enforcing the policies driving the inequity, we need to understand the rationale for mobilizing communities or ethnicities to behave in ways that change the playing field for their self-gain. For example, the accessibility to a good education is not attainable for everyone. While everyone can receive an education, the resources aiding in a good education or the funding for a degree serve as a deterrent for many people. What I wonder is, “Why is there a need to create barriers on what many deem as a basic need?” This brings us back to the concept of motive. There is no single reasoning justifying the gain of one at the expense of another, but it boils down to status and one person believing they are superior to another. As a result, their actions to suppress the betterment of the education system for everyone manifests. These are just a few examples out of many existing social inequalities that exist, but what I want to challenge you to think about is, “How can we change the stigma of receiving less or being inferior simply because we enforce equity?”

The answer to that question is undoubtedly loaded. Still, by genuinely analyzing the motives that generate the mobilization, we can stride the path of reducing and eventually eliminating inequalities once and for all. 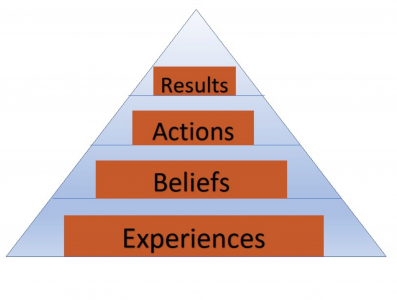 Now let’s focus on the mobilization aspect of inequalities. For many inequities, we see mobilization around various issues in the form of organized groups, committees, countries, or even policies. Undoubtedly for these imbalances to have gained “momentum” or “spotlight,” many people would have had to express similar ailments for how they or others were directly treated. Yet, inequality still prevails. Why is that? In part, it could be since several countries believe that conflict and disproportion provide for an ideal and functioning society because no one wants a utopian society. While on the other hand, it can be because there is more significant mobilization and fortification around the policies crafting the inequality. Meaning, those negating must work twice or thrice as hard to mobilize our efforts for reduced disparities.

I chose to present the concept of mobilization in this manner to emphasize that reducing inequality can take just as long as the development of the inequality themselves if we are not cognizant of the many impediments set in place to ensure they withstand our confutation. The angle in which I presented this concept was meant to better equip those passionate about deducing inequalities. Understanding that the path to reducing inequalities, much like anything else in life, is not a sprint but a marathon.

Lastly, let’s talk about intersectionality and how it can be seen as a burden or blessing concerning inequality. Intersectionality is described as the overlap of various identities. Helping us to understand how a person experiences a different mode of discrimination and privilege. Everyone has some degree of privilege, and everyone has some degree of bias. When correlating the two with inequality, the most obvious problem is that some individuals experience the latter more often than others. Many would see intersectionality as a positive attribute to a person. They can empathize and relate to varying experiences across different cultures or even tax brackets. However, for most marginalized communities, intersectionality does not offer the upper hand because we are labeled only by our inequality. For example, I am a black woman. I listed two identities, but the first people see is that I am black and then the second people see is that I am a woman. Both essences strike very deep into two different inequalities. As a result, no matter my accomplishments or degrees, I will be viewed as an aggressive, dark-skinned woman. In translation, a rude, unattractive, subordinate to all men. This is just the tip of the iceberg on how even the expression and association with different identities still provides many people with the short end of the stick. One thing to recognize, is even by being the direct receiver of absolute inequalities we have the privilege to educate and create awareness on the issues. On the flip side, though, this does not mean that we want to be the sole voice of these issues simply because you are not a direct receiver of the inequality themselves. This means is that to deduce inequalities, we have to be willing to be uncomfortable and educate ourselves about experiences outside of our own. In your many identities and in the inequalities, you face, use that as your privilege to ignite and drive home the change that is very near.