There are an estimated 40 million people that are trapped in different forms of slavery around the world. That is more people in slavery than ever before in history. Human trafficking itself is a $150 billion industry – and it’s growing rapidly. International Justice Mission is a global organization fighting injustices against the world’s most vulnerable people. There are many forms of human trafficking and violence against the poor. IJM is fighting the following around the world: land theft, sex trafficking, police abuse of power, citizenship rights abuse, sexual violence against children, and forced labor slavery. Each of these violent crimes is complex and detrimental in their own way. IJM has field offices in countries that struggle with these issues the most. Hiring extremely qualified and dedicated lawyers, investigators, social workers, and aftercare helpers, IJM combats these issues firsthand. IJM understands the importance of setting up grassroots organizations and partnering with local governments because they want to create a solution that outlasts them. Their solution to helping protect people in poverty is simple – they rescue and restore victims, bring criminals to justice, and work alongside local governments to strengthen justice systems. 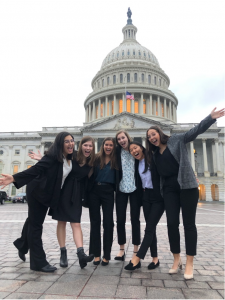 Many people are not concerned with the growing problem of human trafficking and modern-day slavery. Education and Awareness is a crucial element of IJM’s work. One way that IJM does this is by creating a Mobilization Movement. Volunteer teams are located in major cities around the U.S. that meet regularly to help educate, pray, fundraise, and advocate. In addition to volunteer teams, there is also a college movement that allows college students to start a chapter at their schools. There are around 80+ IJM college chapters and Auburn is blessed to be one of those!

Our main goals for Auburn IJM is prayer, awareness, fundraising, and advocacy. Each week we spend time praying over requests from IJM HQ and abroad. We educate members by spending time studying case studies and the different forms of trafficking. Documentary nights, guest speakers, and discussions all help us become more aware of the problems abroad, but also within our own communities. We plan events that raise awareness and funds that go towards rescue operations. We advocate by meeting with congressmen and taking trips to DC to lobby for changes. Last fall we went to DC and met with several congressmen from Alabama asking them to support an act that will help women and children in Central America. We continued this advocacy campaign in the spring by calling and tweeting members of congress.

If you are looking for ways to get involved here are a few: