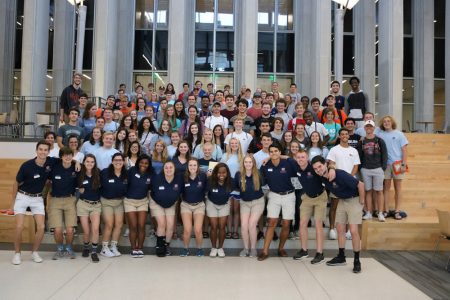 As The Honors College k(no)w poverty? Week of Service nears its sixth year, it’s important to consider the impact it has made on both Auburn’s campus, and the state of Alabama alike. The program, exclusively available to incoming freshmen of the Honors College at Auburn University, began in 2014 due to the inspiration of Alabama Possible, a non-profit organization working to alleviate poverty in Alabama. According to Alabama Possible, Alabama is currently the sixth poorest state in the nation, with close to 800,000 of its citizens living at or below the poverty line. The Week of Service aims to prepare students to better their society through participation and to continue their education with a focus on helping those in poverty.

Throughout the week, students are given the opportunity to have an accurate look at the effects of poverty within their community with the help of several learning objectives. During the program, they attend lectures, view relevant films, discuss required reading materials, and of course, participate in hands-on volunteer service. Some of the service organizations visited during the most recent Week of Service include Alabama Rural Ministries, Habitat for Humanity Restore, Jean Dean RIF, and the Food Bank of East Alabama, to name a few. In addition to this, freshmen are able to take part in a poverty simulation that places them in the position of someone who is currently living in poverty. This simulation challenges the students to simulate living in poverty for three months while also paying for everything else life has in store, such as a family, bills, and even an unexpected emergency. 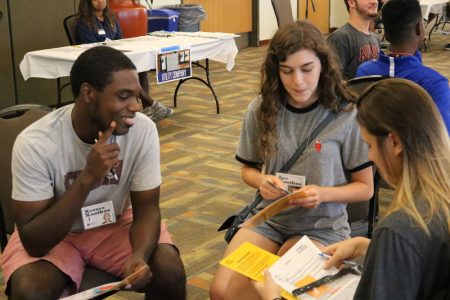 Matthew Ergle, one of the 2018 Week of Service Head Counselors, states that his experience going through the Week of Service when he was a freshman truly transformed the way he views those in poverty, especially those closest to him. While the program did open his eyes to the need to alleviate poverty in Alabama, he also realized the impact poverty has on Auburn University’s campus. According to Ergle, “education is one of the best ways out of poverty,” but students living in poverty generally face many more challenges than those not living in poverty. Often times they “lack resources of knowing how to apply for scholarships, or even college itself, [or] paying for college, and even the time it takes to receive a good education,” says Ergle. 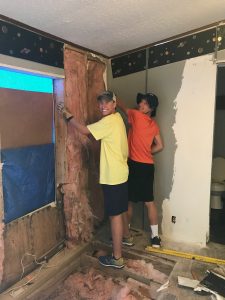 The purpose of the k(no)w poverty? Week of Service is to not only help those in the nearby Lee, Macon, and Montgomery counties, but to educate students on the realities of poverty they may be unaware of. Nearly 80 percent of each participant of the service week has stated that it influenced their choices of student involvement on Auburn’s campus. At the beginning of the week, most attendees acknowledge that they are unaware of the fact that poverty could be so close to their daily lives, some thinking that in order to help impoverished communities they would need to travel to a third world country. Now more than ever the Week of Service students are especially concerned with the wellbeing of others and how they can enact the most change in their communities. With more than 250 alumni of the program, the Honors College has seen a rapid increase in students interested in taking courses at Auburn that further their education in ways they can better their community. Students who participate in the Week of Service have gone on to add minors in Community & Civic Engagement, Hunger Studies, or even add an additional major in Global Studies.

The Honors College k(no)w poverty? Week of Service works to not only help the community for the span of a week in August, but to better prepare and educate the younger generation on the issue of poverty so that they may continue the work they started.