The Power of Partnerships to Promote Global Sustainability: The Story of One Alabama Community

Home » Blog » The Power of Partnerships to Promote Global Sustainability: The Story of One Alabama Community

Sixteen years ago, in a bout of insanity, as a full-time professor and mother of two young boys I willingly jumped into local politics. This was motivated by my overwhelming desire, as a self-proclaimed tree-hugger, to create a citywide recycling program in a small town in Alabama with no history of recycling. I credit my tree-hugging roots to seeds that were planted in me as an undergraduate student working for the landscaping crew of Auburn University’s campus in 1989. Fast forward to 2004, I waded into the shallow end of the political waters as a city council member for eight years and then dove headfirst for another eight years as the mayor of the City of Montevallo. 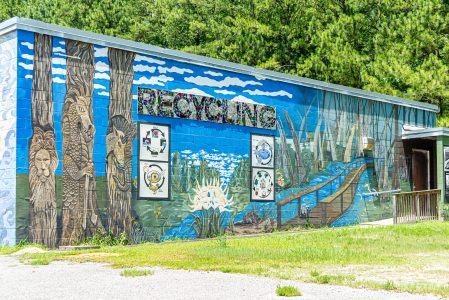 Thanks to my campus connections, I understood that the University of Montevallo Environmental Club had already streamlined a campus-wide recycling program. Their faculty advisor eagerly assisted me in developing a robust recycling program that moved beyond the campus gates. This partnership led to a need to secure a city-based facility to house our products, which prompted us to reach out to Alabama Power to request access to a vacated building in town. Alabama Power graciously accepted our request and later generously donated the 7,000 square foot building to the city. Today, Montevallo continues to operate this facility, serving Montevallo residents as well as residents in neighboring communities.

This is just one small example of the power of partnerships, particularly as they relate to the political landscape. Through my role as an elected official, I gained access to partners that may not have otherwise been possible. These partnerships most definitely contributed to creating a community with one of the deepest commitments to sustainability in the state. Montevallo, like many other communities commits to serve everyone who works, plays, prays, and stays within their city. To honor this commitment, sustainability inevitably rises as a top priority. This is evident by Montevallo’s hiring of a highly professional, skilled sustainability coordinator, Ms. Olivia Barone. Sustainability is not possible without forging partnerships with others who share these same values. One can literally look around almost every corner of Montevallo to see evidence of these deep-rooted partnerships. 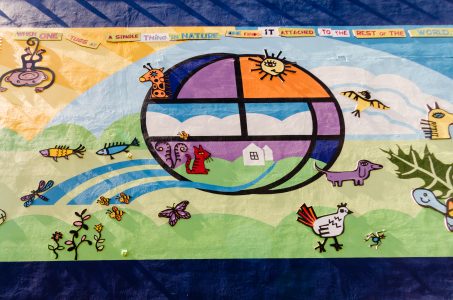 Traveling down Main Street Montevallo, visitors are instantly engaged with vivid murals that adorn city buildings. Many murals contain a not-so-subtle message tied to care and compassion for our environment with messages such as “Nurture Nature”. Most of the murals were installed by local youth who participated in mural camps co-hosted by the University of Montevallo and the City of Montevallo, and funded by a variety of other partners, such as Cawaco and the University of Alabama Center for Economic Development. These murals serve as a physical link between local youth and their community and communicate the importance of environmental respect and preservation to the viewers.

Reliable transportation is critical for those who need to secure a job with adequate wages to support themselves and their families in rural communities. Unfortunately, due to high rates of rural poverty, many residents in rural areas do not own a reliable vehicle. Additionally, due to community sprawl, it becomes difficult for rural community members to reside near places of employment. As a result, reliable transportation is a significant obstacle in the deep south. Through both sustained and temporal partnerships, Montevallo was able to secure and pilot unique transportation programs. In 2011, due to partnerships with local businesses, Regions Bank and the University, Montevallo became the second city in the state to secure a citywide bike share. This initiative continues to be sustained through grant funding as well as partnerships with Commute Smart. As another form of transportation, community walkability has been supported through partnerships with AARP, America Walks and Shelby County Development Services for sidewalk planning and installation. Just a few short years ago, the city partnered with the Birmingham Jefferson Transit Authority to pilot a free public transportation model referred to as the Montevallo Area Express. This resulted in a better understanding of public transportation needs moving forward. 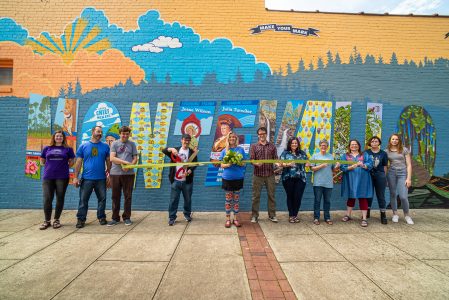 Finally, there is no greater example of the power of partnerships for a sustainable community than the Montevallo Development Cooperative District (MDCD). This collaborative is comprised of the City of Montevallo, the University of Montevallo and Shelby County. At a key juncture in our shared history the leadership of these three entities quickly recognized that their ability to thrive was based upon their trust and reliance upon one another. They formalized this commitment by forming the MDCD, a three-member board charged with economic development initiatives in Montevallo. Through this partnership, in under eight years, Montevallo was able to completely redevelop their entire Main Street district, pave every street in the city, install free downtown WiFi, build a new city hall, develop a 167-acre park with over 10 miles of hiking and biking trails, build a university softball complex and upgrade youth athletic fields throughout the city. While this list is expansive, it is not exhaustive. Sustainability projects continue to blossom based on this partnership that is built on trust and a willingness to invest and share resources.

While Goal 17 of the International Sustainable Development Goals is focused upon partnerships across the globe, clearly, very localized sustainability partnerships have the capacity to permeate our world. For each of the initiatives cited, I’ve received countless contacts from other communities soliciting information and advice to launch similar initiatives. Just a few short months ago, I made the difficult decision to leave a city I dearly love and helped enhance to commit to Auburn University as the Assistant Vice President of University Outreach and Public Service. I made this decision because of my appreciation for the work Auburn has done around the globe and my commitment to help advance sustainability and equity on a much broader scope. In the words of the Vice President for University Outreach, Dr. Royrickers Cook, it is my hope that others will continue to join us and make a difference throughout Alabama and beyond. 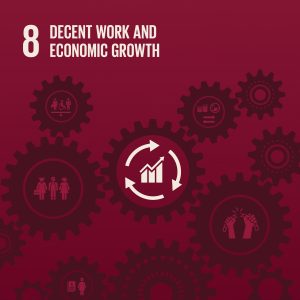 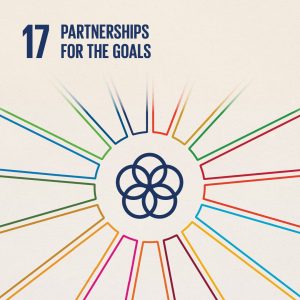