I recently gave a presentation about mental models, which are unexamined and systemically flawed assumptions that blind us and limit us to familiar ways of thinking and acting.  Some mental models are much more flawed than others.  One example I cited of a flawed mental model was a commonly accepted, yet wrong, understanding of what success in sustainability looks like.

See if you notice the error.  It was in a definition of “greenwashing,” a dishonest attempt to make a company’s actions appear more responsible and sustainable than they really are. The definition was: “spending more time and money claiming to be ‘green’ through advertising and marketing rather than actually implementing business practices that minimize environmental impact.”

Did you catch it?

It’s the “minimize environmental impact” phrase.  Minimize damage.  Still damage, but it’s “minimized” damage. Really? Is that the best we can do?  Is that good enough?

If I were to slip 90% fewer small rocks into your egg salad sandwich to minimize the number of shattered teeth you suffered, would that be acceptable to you?  The damage would be minimized after all.

In a word to all the questions above, the answer is no.

As Cradle to Cradle co-author Bill McDonough points out, if our goal is to head north but we are driving south at 80 miles per hour and eventually slow down to 20 miles per hour, we are still going in the wrong direction.

Using the same “minimizing” reasoning, many people assume that compliance with public health and environmental regulations means everything is hunky-dory.  Make no mistake: regulations are essential and have played a necessary role in reducing pollution and improving public health.  But regulations are far better at preventing the worst than promoting the best. Regulations are about achieving “less bad,” and less bad will never get us to a flourishing, sustainable world.

As Cradle to Cradle puts it: “But ultimately, a regulation is a signal of a design failure.  In fact, it is what we call a license to harm: a permit issued by a government to an industry so that it may dispense sickness,  destruction, and death (or broken teeth – ed.) at an ‘acceptable’ rate.”

The Industrial Revolution didn’t intend to be so destructive, but the underlying assumptions of growth that drove it made it inevitable that things would turn out that way.  A few of these assumptions are that a) growth can go on forever, b) the Earth is an infinite source of air, water, soil, trees, fish, etc., and c) the Earth is an infinite sink for the wastes we generate.  These beliefs, which still prevail today, underly our economic system and reasoning.  This is why we have a biosphere seriously damaged by pollution, species loss, ecosystem degradation, droughts, floods, fires, heat waves, and climate change, resulting in untold human suffering here and around the world.

It is painfully obvious that our “less bad” approach to mitigating these impacts is an abject failure.

So less bad must go away. Right away.  Minimizing harm has never been the point of the sustainability movement. We can afford no time, or anything else for that matter, to waste on doing things in ways that still cause damage.

We need a new paradigm, a new mindset, a new intention, one that will transform how we think and the way we do things.  We need a new design framework that will make things better, not just less bad.

A more enlightened mindset already  exists – has existed for a long time actually – and includes a framework for action that has a name: Regenerative Design.  This design movement is spreading rapidly around the world.

What is regenerative design?

The Regenerative Design Institute (RDI) “is a non-profit educational organization with the vision that all people can live in a mutually enhancing relationship with the earth. We envision a world in which people, inspired by nature, create and maintain healthy and abundant livelihoods that enhance fertility and biodiversity on the planet. We envision humans as a positive, healing presence on Earth, creating more abundance on the planet than would be possible without them.”

RDI offers permaculture as a regenerative design framework. According to RDI, “Permaculture is a design science rooted in the observation of natural systems that aid us in designing human settlements that have the stability and resiliency of a healthy ecosystem.”  RDI explains the ethical underpinnings of permaculture as “take care of earth, take care of the people, and share the surplus.”

Paul Hawken’s newest book is titled Regeneration.  He explains the term this way: “Regeneration means putting life at the center of every action and decision.  It applies to all of creation…and it applies equally to families, communities, cities, schools, religions, cultures, commerce, and governments…. The ultimate power to change the world does not reside in technologies.  It relies on reverence, respect, and compassion – for ourselves, for all people, and for all life.  This is regeneration.”

Regenerative design is not just an idea.  It is being applied in small and large scale efforts across the globe.

Doughnut Economics, which I have written about before, is a regenerative design approach. It envisions an economy not designed for endless, mindless growth, but one that “meets the needs of all of humanity within the means of our life-giving planet.”  Several cities in the U.S. and abroad have embraced Doughnut Economics as a framework for their local economies.

Carpet manufacturer Interface, one of the world’s great companies, has made regeneration their mission through an initiative they call Climate Take Back: The company’s reasoning is if humanity changed the climate by mistake, we can change it with intent.  “With our Climate Take Back mission, we aim to overcome the biggest challenge facing humanity and reverse global warming. It’s no longer enough to limit the damage we do, but we need to move toward reversing it. We want to restore our planet and leave a positive impact.” 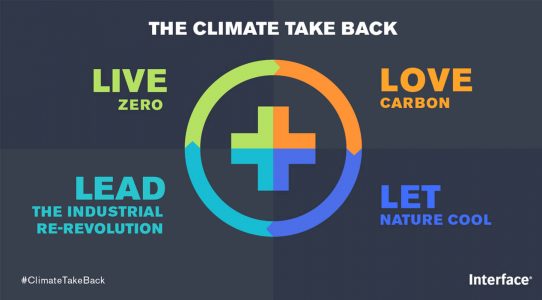 One thing that would really make a difference in the adoption of a regenerative design approach is public policy that  facilitates and catalyzes action in this direction.  This is where we come in as everyday citizens of Planet Earth.

It’s one thing if individuals decide to stop using plastic bags, but that is nothing compared to banning single-use plastics everywhere.  Citizen engagement through lobbying for policy change will be necessary if this is going to happen.

It is a challenge in Alabama for individuals and businesses to acquire reasonably priced solar energy, given a lack of market competition and lack of government policy to facilitate the development of solar.  Citizen engagement through lobbying for policy change will be necessary if this is going to happen.

At the end of Regeneration, Hawken provides a checklist for our actions derived from “the number one guideline…the fundamental principle of regeneration.”

Each of us can use this checklist as best suits our circumstances, starting where we are and individually and collectively moving on from there.

Transitioning from less bad to a regenerative future is within our grasp. 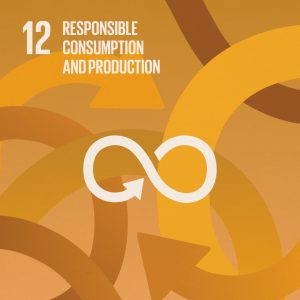