During every election year, citizens are encouraged to participate by casting a ballot and voting. In addition to exercising their right to vote, citizens can also participate politically by serving as poll workers. According to the Election Administration and Voting Survey in 2016 917,694 citizens volunteered to serve as poll workers in more than 116,990 polling locations that were in operation on Election Day across the United States. Poll workers are on the front line of elections. These individuals are responsible for complying with state and federal law, setting up the polling location, checking voters in, providing assistance to voters when machines malfunction, answering questions and conducting poll closing procedures. Poll workers are one of the most important components of managing and conducting a successful election. Research even suggests that positive interactions with poll workers increase the confidence that citizens have in election administration procedures and the accuracy of election results. 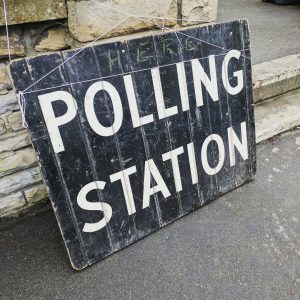 In spite of their importance in the electoral process, state and local election officials continue to face challenges when trying to recruit a sufficient number of poll workers for Election Day. The problem of recruiting a temporary citizen workforce for Election Day is not new. In the 1930’s Joseph P. Harries in Election Administration in the United States noted, “The greatest single problem of election administration is that of securing honest and capable precinct officers.” In the 1930s poll workers were provided a stipend between $3 and $6 per day. Although the stipend has increased (the average poll worker in the United States receives a stipend of $150-200) the challenge of recruitment remains the same. To address the shortage, states and local jurisdictions have tried many creative solutions. These include eliminating the stipend to make it easier for retired citizens to serve (Virginia), increasing compensation (Tennessee), encouraging college students to serve as suggested by the United States Election Assistance Commission (EAC), allowing 16 and 17-year-olds to serve (at least 32 states do this), and permitting split shifts (Nebraska). As the process of election administration continues to evolve and state and local election officials consider and implement innovations to meet the needs of the citizenry, poll workers and the service they provide will continue to play an important role in the management of elections.

As Tom Hick, Chairman of the United States Election Assistance Commission stated, “Poll workers or elections workers are a very important line of defense for the security of the election process. Every election, officials are short on the number of election workers needed to fill this important civic duty. [Serving as a poll worker] is one way to give back to the country we all love” (Personal communication, March 15, 2018). By serving as a poll worker, you can contribute to sustaining democracy in the United States. To serve as a poll worker in Alabama, contact your Democratic or Republican Party County Chairs.