“We must make our choice. We may have democracy, or we may have wealth concentrated in the hands of a few, but we can’t have both.” ~ Louis Brandeis, Supreme Court Justice

Right off the bat, I don’t like goals defined by what we want less of. How about declaring as a goal what we want more of instead? In this case, the goal is greater equality, more fairness, in the distribution of wealth and income.

SDG 10 notes that “Economic inequality is largely driven by the unequal ownership of capital. Since 1980, very large transfers of public to private wealth occurred in nearly all countries. The global wealth share of the top 1 percent was 33 percent in 2016.”

According to Credit Suisse Research Institute, in 2019 the top 1 percent held over 44 percent of the world’s wealth. This is not a “free market” at work, but rather the result of wealth and power accumulating wealth and power. 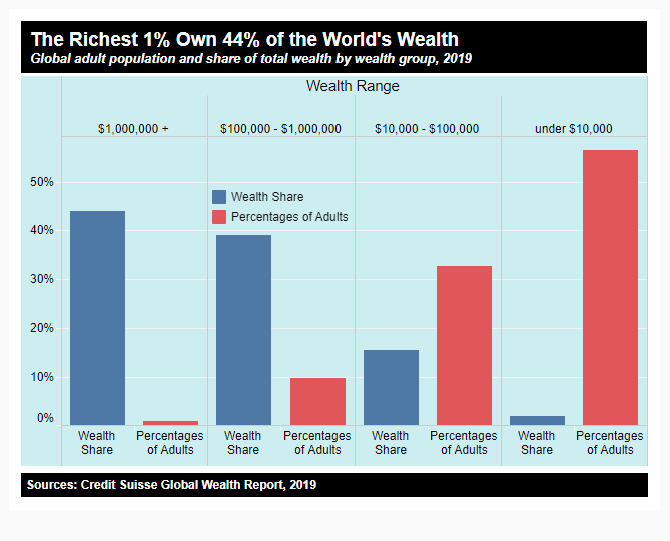 And some individuals have stunningly enormous wealth. 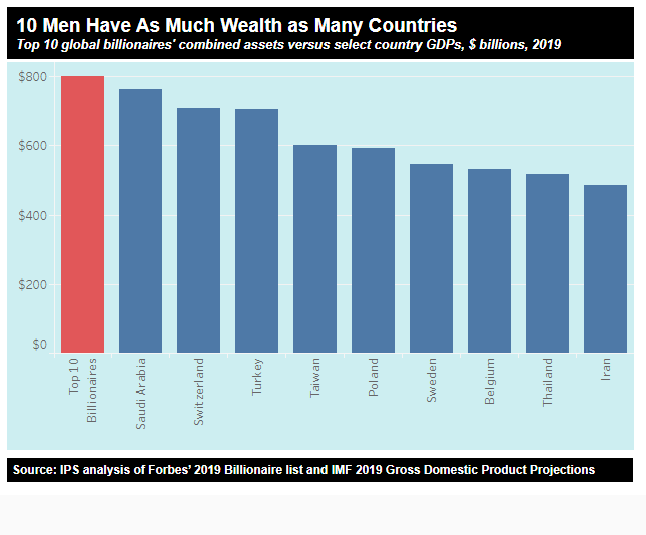 As Justice Brandeis observed, there is an inverse relationship between concentration of wealth and a healthy, functioning democracy. To preserve, restore, and strengthen democracy at home and abroad, wealth disparities must be reversed because with concentrated wealth comes concentrated power and access to power.

Speaking of home, here in the U.S. wealth disparities are undermining democracy and the health and wellbeing of individuals, families, communities, and our society. As bad as things are in the rest of the developed world, the U.S. has the highest concentration of wealth and wealth disparity among OECD countries . 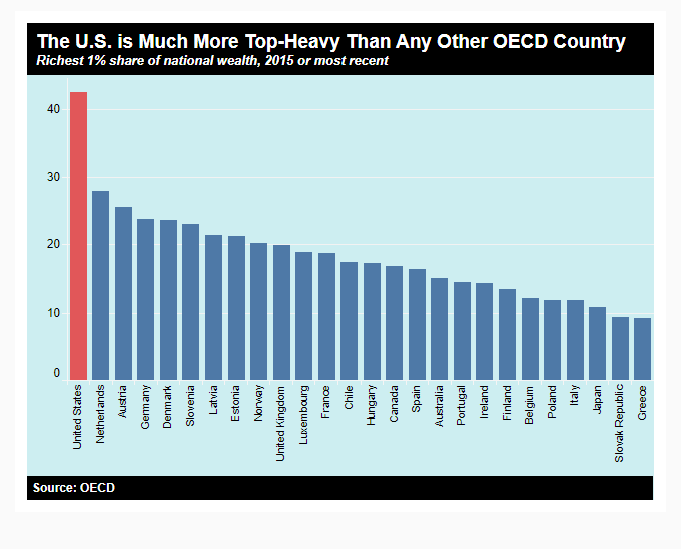 In 2012, Pulitzer Prize winning former New York Times reporter Hedrick Smith published the book Who Stole the American Dream? In his consistently brilliant way, Smith explains the reasons for growing economic inequality in the U.S. and how the concentration of wealth and power in the hands of a very few has made democracy and everyday life much worse for most Americans. I think that more than anything else, economic injustice and the concentration of wealth and power is what is driving the anger, antagonism, and polarization we experience in America today.

Smith cites an abundance of facts, data, conditions and trends that tell the story. Here is a snippet:

Smith’s book identifies the key moments, decisions, and policy actions that delivered us to where we are. He describes efforts engineered by the powerful and wealthy with the help of government to concentrate more and more of the nation’s income and wealth. He quotes Warren Buffett: “There’s class warfare, all right, but it’s my class, the rich class, that’s making war, and we’re winning.”

That was 2012. Since then, the trend has continued.

In September of this year The RAND Corporation (RAND stands for Research and Development) published a working paper that analyzed trends in income from 1975 to 2018. Researchers at RAND were well aware of the upward redistribution of income to the top 1% that has been happening over the past forty years. Even so, the authors were shocked when they put the shift in terms of dollars and earnings for specific wage-earning groups.

Their analysis reveals that over the past 40 years a staggering $50 trillion has been syphoned up to the top 1% and away from the vast majority of Americans. If more equitable income distributions were in play today, those that existed from 1945 to 1974, the bottom 90% of Americans would be making roughly double what they are making now. In other words, someone making $50,000 per year today would be making somewhere around $100,000 if productivity gains and profits were distributed the way they were between 1945 and 1974.

There are so many data points and so much to the story that it is well worth reading two excellent summaries of the working paper.

One is found in Fast Company and is titled “‘We were shocked’: RAND study uncovers massive income shift to the top 1%.”

Another was written for TIME by Nick Hanauer and David Rolf. They came up with the idea for the study, which was funded by the Fair Work Center where Rolf is a board member. That article is titled “The Top 1% of Americans Have Taken $50 Trillion From the Bottom 90% — And That’s Made the U.S. Less Secure.”

The costs to society are enormous. Essentially, there has been 40 years of stolen income and lost economic opportunity for more than 90% of Americans. This has meant greater vulnerability for an ever-larger percentage of Americans in terms of health, education, security, and wellbeing. The decimating impact of COVID-19 on the poorest and most insecure among us tells the story. Stolen wealth has degraded our communities and caused frightening polarization. And it has meant a drift toward oligarchy at the expense of our democracy.

So what’s to be done? To paraphrase Brandeis, the healthier the democracy, the lower the economic inequalities. We – and by we I mean citizens – need to get to work restoring the habits, processes, and functioning of our democracy. A lot of writers and civic organizations are saying exactly that.

This year the American Academy of Arts & Sciences Commission on the Practice of Democratic Citizenship published
Our Common Purpose: Reinventing American Democracy for the 21st Century.

The report reminds us that “…a healthy constitutional democracy depends on a virtuous cycle in which responsive political institutions foster a healthy civic culture of participation and responsibility, while a healthy civic culture – a combination of values, norms, and narratives – keeps our political institutions responsive and inclusive.” Regarding citizenship, “…we use a meaning of citizenship that extends beyond legal status to express a broader ethical conception of engagement in community and contribution to the greater good (emphasis added).”

After almost two years of work and 47 listening sessions in communities around the country, the report identifies six imperatives in response to “profoundly challenging conditions of the twenty-first century [that] pose an urgent threat to the future of our democratic way of life.”

This is not a pipe dream. But it will take commitment and hard work by us, citizens, working across difference to create a society that more closely reflects shared American ideals and values.

Also this year the book Democracy Unchained, How to Rebuild Government for the People, was published. It is a collection of essays edited by David Orr, Andrew Gumbel, Bakari Kitwana, and William S. Becker. Vanderbilt law professor Ganesh Sitaraman writes the book’s conclusion, which ends this way:

Democracy, with its political, economic, and social preconditions, cannot be achieved in the sense of reaching a permanent, static, final outcome. Achieving democracy means embracing the experiment, it means striving constantly, actively, persistently to adapt as conditions change over time. This today is the task – to unchain democracy from what holds it back and to unchain ourselves from the felling that we have lost control over our politics, economy, and society. We must once again grasp the fact that in a democracy, it is we the people who determine our destiny. 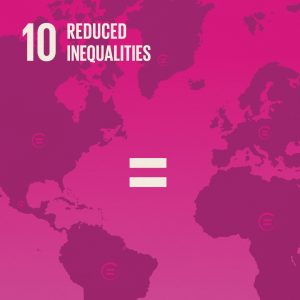