For September, this column continues our tour of the 17 Sustainable Development Goals (SDGs), this month focusing on SDG 4: Quality Education. Sort of.

As I write this in late August 2021, the Intergovernmental Panel on Climate Change (IPCC) has just released its Sixth Assessment Report, also known as AR6 Climate Change 2021. AR6 “addresses the most up-to-date physical understanding of the climate system and climate change, bringing together the latest advances in climate science, and combining multiple lines of evidence from paleoclimate, observations, process understanding, and global and regional climate simulations.” 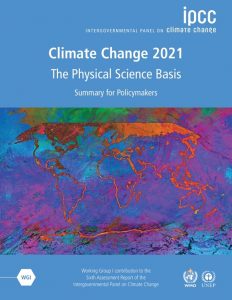 What does the release of AR6 and its “Wake Up!!” call have to do with SDG 4, Quality Education, which exists to “ensure inclusive and equitable quality education and promote lifelong learning opportunities for all”? Perhaps not much if SDG 4 is confined by that description. I happen to think it is not.

Clearly, something is amiss in education in the broadest sense. Year after year, for decades, scientists have been reporting with ever greater certainty and clarity and urgency that industrialized countries are digging humanity into a climate-altering hole we may never get out of. Scientists explain that dramatic changes are coming, one way or the other. Either we take the dramatic, job-creating and community-restoring steps necessary, moving away from fossil fuels and to clean renewable energy, or we face the uncontrollable life-threatening impacts of an ever-warming planet.

Consider some of the key findings of AR6:

In the AR6 Summary for Policy Makers, the IPCC synthesizes the current state of the climate. Here are some of their conclusions:
• It is unequivocal that human influence has warmed the atmosphere, ocean, and land. Widespread and rapid changes in the atmosphere, ocean, cryosphere, and biosphere have occurred.
• The scale of recent changes across the climate system as a whole and the present state of many aspects of the climate system are unprecedented over many centuries to many thousands of years.
• Human-induced climate change is already affecting many weather and climate extremes in every region across the globe. Evidence of observed changes in extremes such as heatwaves, heavy precipitation, droughts, and tropical cyclones, and, in particular, their attribution to human influence, has strengthened since AR5 (Assessment Report 5).

U.N. Secretary-General António Guterres described the report as a “code red for humanity.”

It couldn’t be clearer that dramatic action is needed. But not nearly enough has changed.

One change that has occurred in the U.S. is public attitudes about the climate crisis. The Yale Program on Climate Change Communication identifies “Six Americas,” which reflect six attitudes toward climate change.

As of December 2020 55% of Americans were either alarmed or concerned while only 20% were doubtful or dismissive. Public attitudes have shifted. The American people want action on climate change. Check out the opinions of the people of Alabama.

But what hasn’t shifted nearly enough is government policy or the behaviors of the fossil fuel industry. The government, banks that finance energy projects, and fossil fuel interests acknowledge the problem while carrying on with business as usual. In a recently published New Yorker piece titled Slow-Walking the Climate Crisis by Bill McKibben, veteran energy analyst Ketan Joshi is quoted as saying, “What we are seeing here is a mumbled acknowledgement of the macro problem, but an aggressive refusal to consider the micro components that comprise it…. It is the core engine of climate inaction.” McKibben concludes that “This is absolutely correct.”

Since intentional inaction is likely to persist without significant pressure from citizens, it seems to me that when it comes to climate change, a “quality education” includes:

We’re talking about an education to become change agents. As organized citizens, we have far more ability and power to create the change we want than we realize. The Story of Stuff Project has a delightful and short video on the subject called The Story of Change. In the video, Annie Leonard gives us a simple formula for change: A Big Idea + We + Taking Action = Change. Watch the video and then take the Changemaker quiz to see what kind of changemaker you are.

McKibben ends his piece this way: “The eventual outcome is not in doubt: eventually, the planet will run on renewable energy. But how long that transition takes will determine what kind of shape we leave the planet in. At the moment, the bankers and politicians in the driver’s seat are taking us for a very long, very dangerous, and very expensive ride. We didn’t ask for Hell when we climbed in the cab, but that may well be where we end up, unless we figure out how to grab the wheel.”

Grabbing the wheel is what a quality education for addressing climate change can teach us how to do. So let’s grab it. Now. 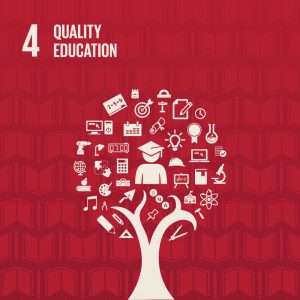 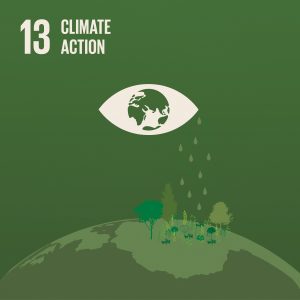