Clean Water, Sanitation, & Human Rights: What Do We Owe Our Neighbors?

Home » Blog » Clean Water, Sanitation, & Human Rights: What Do We Owe Our Neighbors?

“Our collective failure to invest in adequate sanitation, clean drinking water, and effective response to pollution is taking life from the most vulnerable and marginalized among us.”  Bryan Stevenson

What do you think?  Is access to clean water and sanitation a basic human right?  One would think so.  It should be, if for no other reason than that human bodies are on average 60% water.  As Canadian scientist David Suzuki puts it, “Basically, each of us is a blob of water with enough macromolecular thickening to give us some stiffness and to keep us from dribbling away.”

Huh, never thought of myself like that.  So yeah, a basic human right.  Inalienable and universal.

In 2010 the United Nations General Assembly passed a resolution declaring that access to sufficient supplies of clean fresh water and sanitation are so important that they are necessary to the achievement of all human rights.  122 nations voted in favor while 41 countries – mostly developed countries – abstained.  The United States was one of the abstentions.

The reason developed countries abstained?  They understood and wanted to minimize the domestic and international obligations that would follow.  The poorest and most vulnerable of people – those suffering most from inadequate clean water and sanitation – would be empowered to hold their governments to account.

According to a 2011 article in Scientific American, one official from the United Kingdom explained that developed countries “don’t want to pay for the toilets in Africa.”  Evidently, local, state, and federal governments of the United States don’t want to pay to provide these essentials to all their citizens at home either.

Conditions horrifically dangerous to human health continue to exist in many parts of the U.S.  The Flint Michigan water crisis is an example.  So is the decades of water neglect suffered by Indigenous Americans in the West due to federal government failures to abide by treaty obligations.

We need look no farther than Lowndes County Alabama, about 90 minutes west of Auburn, to find sanitation conditions as bad as anyone could imagine anywhere.  And I mean anywhere.  Conditions there rose in public consciousness in 2020 thanks in large part to a book written by Catherine Coleman Flowers.

Her book, WASTE: One Woman’s Fight Against America’s Dirty Secret is about her evolution as an environmental justice activist and her fight for clean water and sanitation in Alabama’s Black Belt.

One nightmarish outcome of our neglect here in Alabama is hookworm, a disease commonly found in some of the world’s poorest countries and assumed to have been eradicated in the U.S. in the 1980s.  When the Baylor University National School of Tropical Medicine at Baylor College of Medicine tested Lowndes County residents, they found that 34% tested positive for evidence of hookworm.

The Guardian, working in collaboration with the Alabama Center for Rural Enterprise, broke the hookworm story in 2017: “Hookworm, a disease of extreme poverty, is thriving in the US south. Why?”

One of the seventeen international Sustainable Development Goals (SDGs) established in 2015 by 193 nations – including the United States – is SDG 6:  Ensure availability and sustainable management of water and sanitation for all. For all.  If ever there was evidence that the seventeen SDGs are every bit as relevant to the U.S. as to the rest of the world this is it.

Something is terribly wrong when, according to the Federal Reserve, the richest 1% of Americans – 3.3 million people – have for themselves 13 times the wealth of the bottom 50 % of Americans combined, 165 million people.  Something is terribly wrong when the world’s ten richest men more than doubled their wealth during the first two years of the pandemic while incomes for 99% of people fell.

The haves and the have nots.

“Human rights are rights we have simply because we exist as human beings – they are not granted by any state. These universal rights are inherent to us all, regardless of nationality, sex, national or ethnic origin, color, religion, language, or any other status.”  So say the nations of the world under the auspices of the United Nations.

We live in a time that requires sober reflection on what really matters and what we are willing to do about it, individually and collectively.

Neil deGrasse Tyson’s questions constantly ring in my ears: “What do we truly value, and can we summon the will to act?” 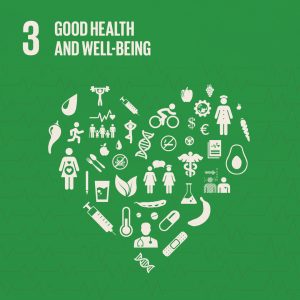 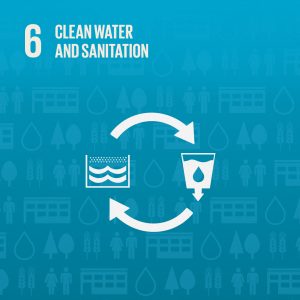