So You’ve Skipped the Straw, Now What?

Home » Blog » So You’ve Skipped the Straw, Now What?

February 22nd is Skip the Straw Day. Yes, it’s an official holiday. Founded in 2017 by The Coral Keepers at Michigan’s Whitehall Middle School, Skip the Straw Day aims to raise awareness about single-use plastics rise to ubiquity and the resulting devastation on our environment. Straws cannot be recycled, and research shows that more than 79% of all plastic waste ends up in landfills, oceans, and natural habitats, regardless if it is recycled or not. 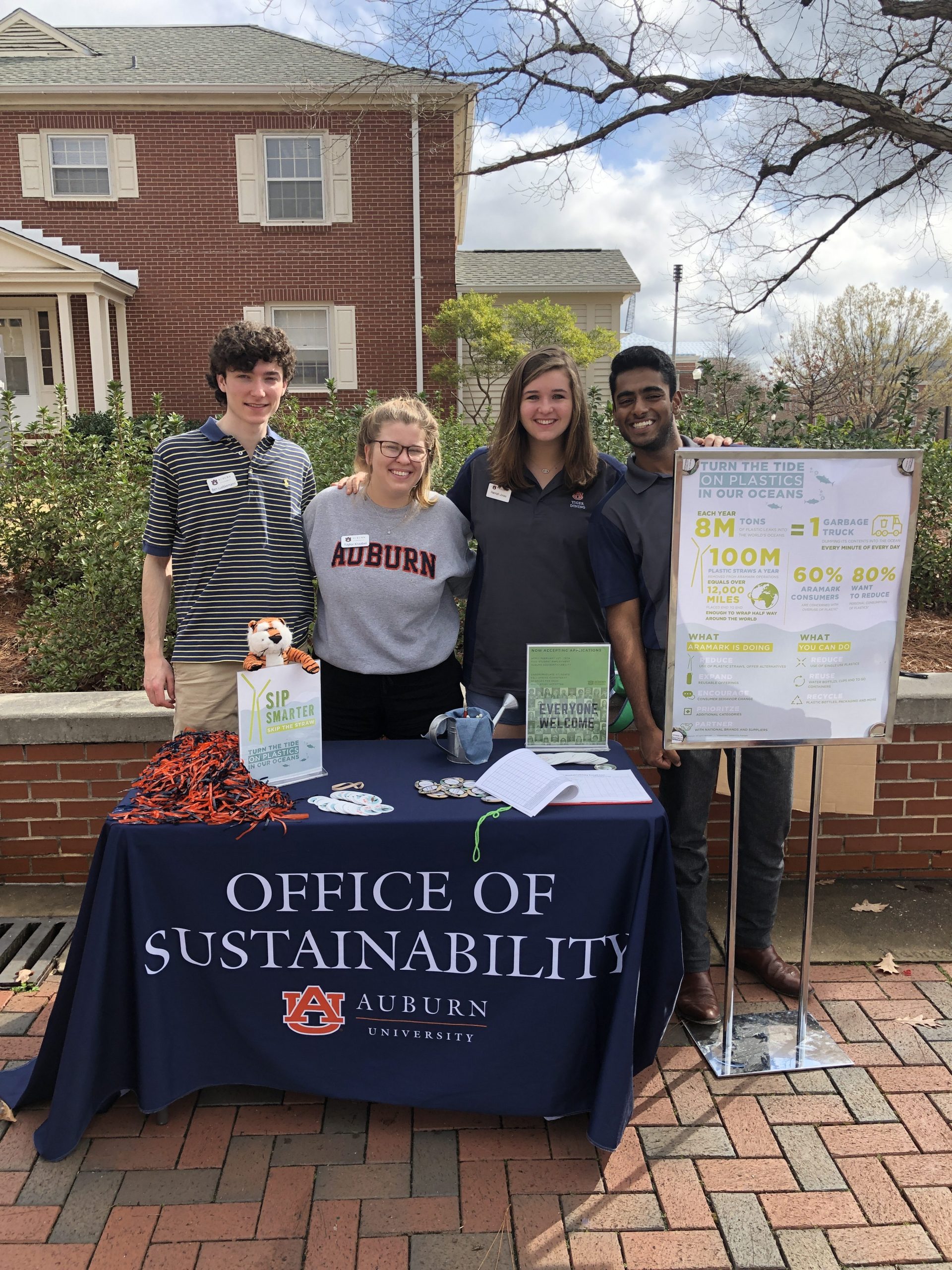 Office of Sustainability Interns tabling for Skip the Straw Day

A real-life example of this devastation can be found in the viral video of a sea turtle with a straw up its nose. Someone happened to record an unfortunate turtle, so imagine what doesn’t get recorded. What isn’t immediately visible might kill us– according to the Medical University of Vienna and the Environment Agency Austria, microplastics (plastic fragments less than 5mm in diameter) are so prevalent in our oceans that they are inside us! Reducing personal waste or using biodegradable products can fight this problem and save our oceans and our lives.

Auburn students are already doing their part to combat plastic pollution. Finance major Porter Kennedy and English Literature major Kressie Kornis have created SOstraws, a paper straw company that encourages the #NoStrawPlease movement and provides tips for ditching plastic in your everyday life. You can purchase SOstraws on Amazon and through their Facebook and Instagram pages.

Auburn University’s partnership with Aramark is also reducing plastic pollution. They quickly joined campus Skip the Straw Day activities by placing “skip the straw” signs throughout every eatery on campus. Not to mention, Aramark announced in July of 2018 that they are phasing out single-use plastics and will only give out st 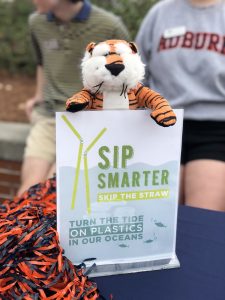 Eight million tons of plastic gets dumped into our oceans every year, according to Plastic Oceans International . How can you do your part to reduce single-use product pollution? Skip the straw, bring your own reusable water bottle or coffee cup to campus, bring your own bags to the grocery stores, and choose to reduce and reuse over recycling. Just because it’s recycled doesn’t mean it won’t eventually end up in the ocean; according to National Geographic, it’s probably inside the shrimp you just bought.

While targeting consumers to ditch single-use plastics is helpful to some extent, it ignores a much bigger problem– the companies who are creating and distributing them. These corporations have a responsibility towards our lives and our oceans. Demand the end of single-use plastic pollution by contacting your representatives, speaking to restaurant managers, giving your money to sustainable non-petroleum based alternatives (like hemp plastic), organizing a letter-writing campaign, protesting, attending city council meetings, and by making your voice heard. We the people hold immense power. Use it!