By Mike KenslerMarch 29, 2021No Comments

In the early 1970s my brother was exposed to the herbicide defoliant Agent Orange in Vietnam, as were hundreds of thousands of American servicemen and women and between 2.1 million and 4.8 million Vietnamese. Agent Orange was dangerous not just to plants. To this day millions suffer from exposure to Agent Orange during the Vietnam War.

The active ingredient in Agent Orange was dioxin, one of the deadliest chemicals ever created. Dioxin has long-term health effects, damaging the immune system, interfering with hormones, and causing birth defects and a variety of cancers. 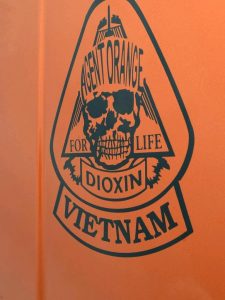 Within a few years, my brother developed two forms of cancer. It was clear even then that he would not die of natural causes. He was eventually granted 100% disability by the Department of Veteran Affairs.

He was told that if he took care of himself and made good decisions, he would have the best chance for longevity with a decent quality of life. He didn’t do that. He ignored his condition and that advice and went on smoking and behaving as if he was bulletproof. To his credit, he was tough and resilient, fighting through occasional crises that required aggressive treatment and he survived in relatively good health for decades.

Then, in September 2018 I got the call. The cancer had metastasized and he had six months to live. My other brothers and I met in Michigan and we spent a few days together. Even though he had lost his gloriously thick head of hair and looked a little worse for wear, and even though I felt the dread of his impending death, there was still a part of me that couldn’t believe he would be dead in six months.

I was surprised by this. It’s not that I didn’t believe the prognosis. It’s just that given the evidence in front of me it was hard to believe. He was getting around, eating, drinking, smoking, being his usual rascally self with occasional bad judgment thrown in.

It was a good visit, and we all left him with an empty, resigned feeling and a bit of disbelief.

In January 2019 – only four months later – I got another call: “If you want to see your brother you better come now.” When I got there I couldn’t believe it. He was semi-conscious, with so much life sucked out of him he was almost unrecognizable. In just a few days he went from barely communicative to unconscious. He died two days after that.

Some weeks later as I was addressing some issue related to climate change it occurred to me that his story and the story of climate change we are living through share a lot of similarities.

For example, it was clear in the 1960s and 70s that burning fossil fuels would eventually bring catastrophic results. Even the American Petroleum Institute declared so publicly. Nothing was done. No behaviors were changed, no plans for responsible transition were made. The problem was dismissed.

Flash forward to 1988, when James Hansen testified before Congress saying in part, “Global warming has reached a level such that we can ascribe with a high degree of confidence a cause-and-effect relationship between the greenhouse effect and observed warming. It is already happening now.”

By then it was clear that increasing concentrations of greenhouse gases were in their own way like Agent Orange, except the that they are globally pervasive and impact every aspect of life on Earth. Unlike Agent Orange, we are still pumping way too much heat-trapping gases into the atmosphere. While scientists and some elected officials called for action, nothing changed except for the development of an organized effort to refute the science to protect the status quo of fossil fuel use.

Now here we are thirty years later with too little to show in response to what we have known with ever-growing certainty for more than fifty years.

For one thing, vested interests wanted to protect the status quo. The fossil fuel industry knew that if the science verifying fossil fuel-driven climate change was accepted, it would mean eliminating the use of fossil fuels. So, they manufactured doubt about the science and forestalled policy action. They were joined by conservative think tanks and ideologues who saw this as an issue of free market fundamentalism, who declared climate change nothing more than an excuse for socialists to create massive government regulation and government control, resulting in loss of freedom.

For a fascinating, readable account of these efforts read Merchants of Doubt, by Naomi Oreskes and Erik Conway, or Michael Mann’s new book, The New Climate War.

But I think there is something else that keeps us from acting and it’s where I think the parallel between my brother’s death and the lack of sufficient action on climate change really hit me.

Even though my brother’s death by cancer was expected at some point, and declared imminent by experts, there was a part of me that couldn’t imagine him being gone in six months, much less the four months that it turned out to be.

Similarly, even though I feel the dread, anxiety, anger, and what’s been called a pre-traumatic stress disorder that comes with paying attention to the latest science about climate change and its implications, and even though the scientific community is ever more urgent in telling us that we have no-kidding less than ten years to make the kinds of changes we should have been making for the past thirty, there is still a part of me that has a hard time believing that things will be as bad as every indication and scientific data point tells us they will be without doing things differently.

Yes, atmospheric greenhouse gas concentrations are higher than they have ever been during Homo sapiens time on Earth; yes, global temperatures are rising, as is sea level; yes, the ocean is acidifying; yes, polar regions are losing massive amounts of ice and permafrost; yes, storms, droughts, and fire seasons are intensifying; yes, climate refugees are growing.

And yet, every day the sun comes up, the admittedly diminished world remains swathed in beauty, and life goes on.

It feels like we are with climate change where I was in September 2018 with my brother. The prognosis is in, and in spite of all the evidence and the dread I feel, it can still be hard to believe, especially since I have been fortunate enough to avoid the catastrophic fires, floods, droughts and storms that have inflicted such life-changing damage on others.

I wonder. What will it take to get us past the complacency of the status quo and realize that, even though for the most fortunate among us life seems rather normal (with acknowledgement of the pandemic), we are well past time to act because waiting any longer will be too late?

This is a really hard question, and maybe this is where the parallels I see between my brother and climate change regarding outcomes can diverge. Perhaps, with my brother, there was such an inevitability to it that fatalism fed a curious mix of dread and doubt that left me unable to do anything, to feel helpless, and legitimately so.

With the impending consequences of climate change there is One. Big. Difference. We are not helpless. As Dr. Hayhoe put it, “the future is not set in stone…. the amount of change we’re going to see is up to us. It depends on our choices today and in the next few years.” 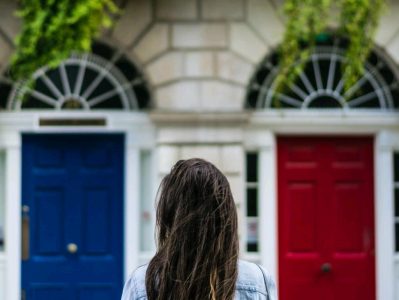 The extraordinarily good news is we already know everything we need to do to stop pumping greenhouse gases into the atmosphere and beyond that what we can do to draw down the planet heating gases that are already there. What’s more we are already doing these things on a small scale. Project Drawdown, having crunched the numbers, lays it all out. Scaling up these solutions will create millions of decent jobs and restore the resilience of human society and planet Earth. The chief editor of the book Drawdown, Paul Hawken, is convinced that by solving the climate crisis we will address every social, economic, and environmental problem we face.

Perhaps we can catalyze movement beyond the status quo by speaking more frequently and passionately about solutions at hand and envision the living future these solutions will deliver. We can come to realize that we do have the ability and power to create the future we want.

Robert Anton Wilson assures us: “The future is up for grabs. It belongs to any and all who will take the risk and accept the responsibility of consciously creating the future they want.” 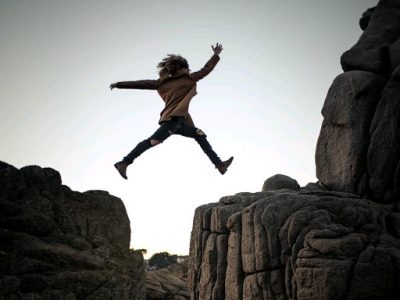 As long as we remember the counsel of Otto Scharmer: “Never give up. Never give up. You are not alone. Every profound journey of innovation and renewal takes an enormous amount of perseverance… always figure out what you can learn from failure, get back on your feet, and try again. Allowing yourself to be discouraged by failed efforts in the past is a waste of energy…. Doing this kind of work requires a lot of courage: the courage to jump into the space of nothingness, the courage to let go and to connect to what emerges from that nothingness.”

Persistence, courage, and intelligence are inherent to us as a species. If they weren’t none of us would be here. It’s not too late. We can do this.