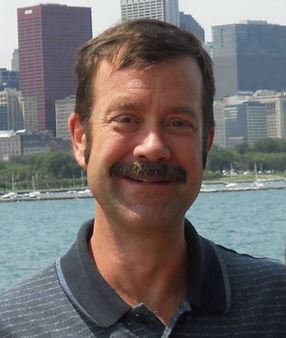 Steve Nelson, Associate Director of Environmental Health and Safety, has been a part of Auburn’s sustainability story since the beginning. Before coming to Auburn, Steve worked in environmental departments for other universities. His plethora of experience even includes serving the private sector while working for the EPA. Steve joined the Auburn family in 2003 with Risk Management and Safety(RMS), where he has presided over environmental programs ever since.

Having made an entire career out of preserving the environment, Steve thought becoming a Peers Ambassador was a natural next step in getting involved with Auburn’s sustainability initiatives. Before coming to Auburn, Steve did not know much about the complexity of sustainability. He had not realized that sustainability is about more than protecting the environment, where he has done most of his work. On the contrary, Steve has learned that sustainability is about people and our reliance on the natural world. Steve believes that this realization is perhaps the greatest piece of knowledge the Peers     Network has to offer.

The very nature of RMS is connected to sustainability, however, RMS goes above and beyond by participating in additional sustainability practices. RMS handles the disposal of hazardous materials; thereby keeping us and our campus safe. Steve says the department is also heavily involved in ensuring responsible recycling of “weird” items such as electronics. In addition to their everyday duties, the department plays a role in the Battery Recycling Program, Storm Water Management, and the construction of new buildings on campus. These programs and projects are just a few of the ways Steve and RMS are keeping Auburn safe and healthy.

Steve sees the Peers Network as an incredible way to raise awareness for sustainability while actually implementing lasting changes. One such change Steve plans to make is the Green Labs Program. This program aims to create more environmentally-friendly laboratories throughout campus. Lab operations make up a large percentage of the university’s environmental footprint, making it imperative that this area is as sustainable as possible. Similarly, a Green Labs Program would decrease operational expenses, resulting in huge savings for the university in the long term. Since students make up a large percentage of lab users, Steve will also provide opportunities for student involvement. Steve says that he has witnessed firsthand the impact students can make on-campus and knows their support is vital to a successful Green Labs Program.

After working in the environmental field for decades, Steve concludes there is no one greatest challenge to sustainability. He knows there are several. Overcoming preconceived notions about sustainability is one such obstacle. Whether it is “Sustainability is expensive” or “Sustainability isn’t my problem,” counterproductive ideas such as these are detrimental to achieving a sustainable world. Steve also believes that the way our society thinks about growth and success needs to change. Right now, he says, we tend to think that success is only attainable through growth. Steve disagrees with this because growth is usually thought of as more of something: more resources; more product; more land. In short, Steve believes more is not always better. He says there are ways to attain economic success without depleting the environment. For instance, he describes how many countries have begun protecting their natural environments, resulting in a boom in ecotourism. It will be this shift in thinking that will push the sustainability movement forward.

Since coming to Auburn, Steve’s favorite sustainability outcome has been the creation of Auburn University’s Climate Action Plan. Steve says Auburn’s official commitment to sustainability and the goals in this plan have been a driving force behind the more recent sustainability initiatives. The level of student involvement behind the Climate Action Plan also inspires Steve. He says that without the push from students, this plan would have never come to fruition. For Steve Nelson, observing and aiding Auburn in becoming more sustainable over the years has been a joy and privilege for him to experience.