Holley Henderson graduated from Auburn University College of Architecture, Design and Construction with a degree in Interior Design. 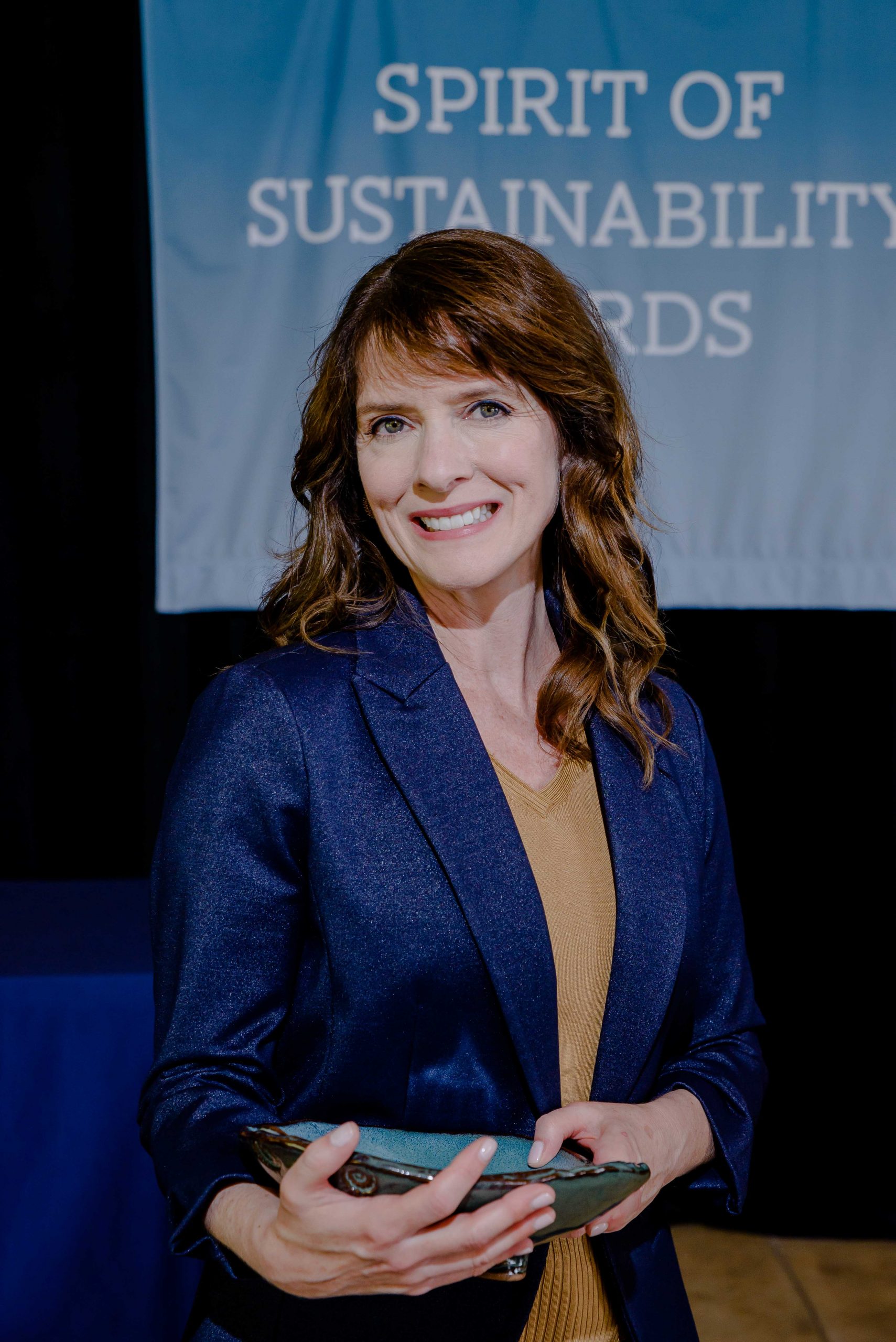 She has achieved the status of US Green Building Council (USGBC) Leadership in Energy and Environmental Design (LEED) Fellow, the highest designation achievable for a LEED accredited professional.  As greater emphasis on human health and wellness in the built environment has grown, Holley has added these accreditations as well.  Holley is both a Fitwel Ambassador and a WELL Accredited Professional.

After being with the architecture firm tvsdesign for ten years and starting their green studio, and then serving as Interface Carpet’s Director of Creative Design, Holley founded H2 Ecodesign, where she has developed a reputation as the “Common Sense Environmentalist,” helping businesses understand that sustainable choices make the most sense.

She is a prolific writer – including the book Becoming a Green Professional, a mentor, a sought-after consultant, and speaker.  Holley has received several awards for her achievements. For example, Holley has received the Women in Sustainability Leadership Award, USGBC Above and Beyond Award, the Southface and the National USGBC Volunteer of the Year Awards, among others.

Holley has led several “firsts,” including the first LEED-Commercial Interior projects in the US (Platinum) and China (Gold), as well as the first LEED project in Thailand.

Most recently, H2 Ecodesign completed an over two-million-square-foot LEED-Core & Shell project for the largest energy provider in Thailand. That project achieved Platinum status.

Beyond buildings, H2 Ecodesign collaborates and consults with an array of product manufacturers including faucets, carpet fiber, and resilient flooring, helping them on their paths toward sustainability. Holley advises them about how they can train others in sustainability thinking and practice, and their approaches to communicating the concepts and relevance of sustainability to both internal and external audiences.

According to the sustainability director from one of the companies Holley works with, “Holley is one of the best, if not the best, industry experts I’ve had the pleasure to have worked with. She has an amazing level of expertise, professionalism and human spirit that keep our clients asking for more.”