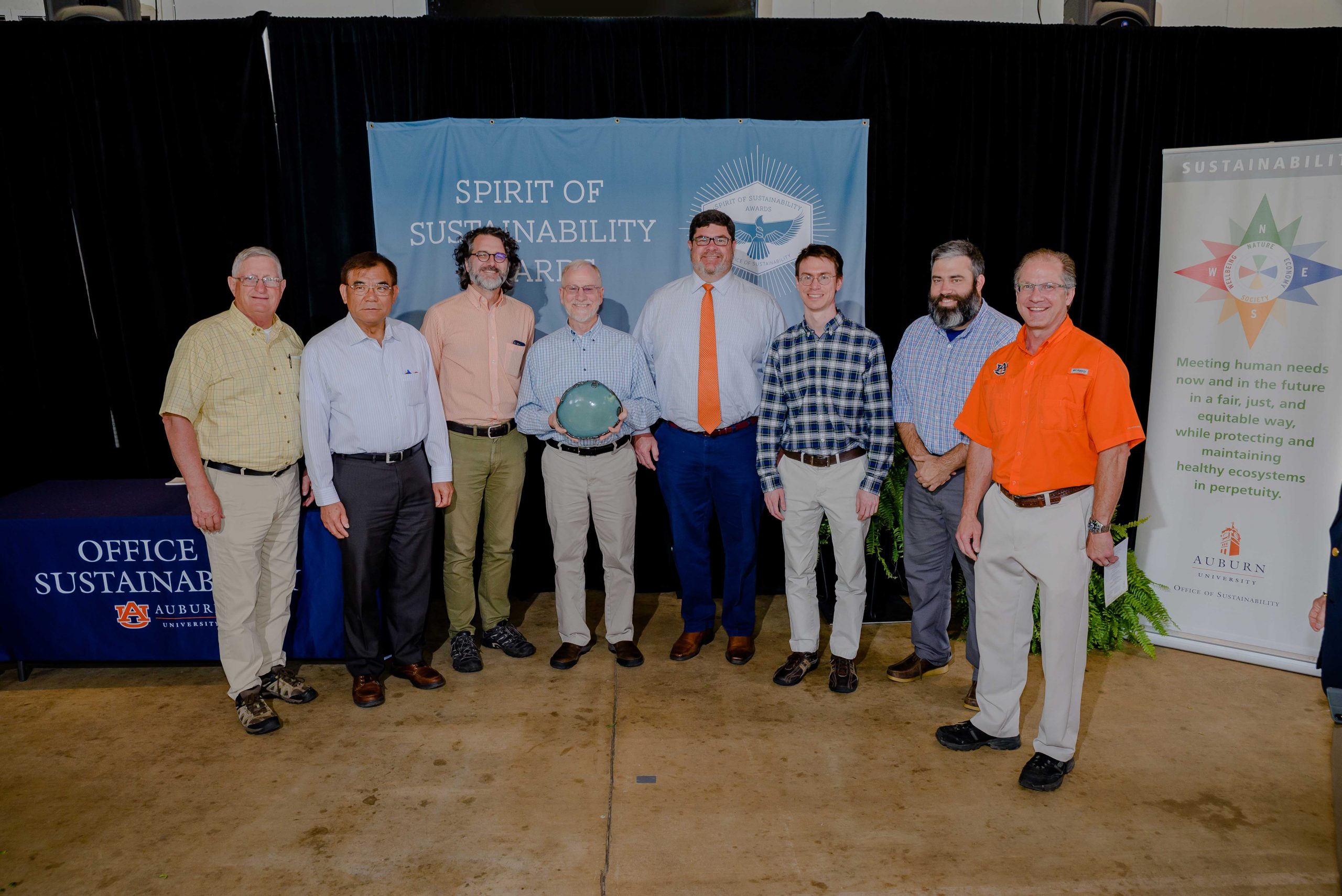 Aquaponics makes use of hydroponics and aquaculture technologies to provide a system in which nutrient-laden wastewater from fish production is used as a food source for plant growth. Water is pumped from fish tanks to the plants and as plants absorb nutrients the water is cleansed, allowing it to be recycled and reused.

The project was created to achieve several interdependent goals: to conduct research, train students and other interested parties; to provide the latest information on the emerging technology of aquaponics; to demonstrate the economic and environmental benefits of aquaponics; to provide the campus community with high-quality, safe and fresh fish to be served in campus dining facilities; and to make Auburn University known as a leader in aquaponics research, teaching, and extension.

The facility consists of four greenhouses, a filamentous algae cultivation system, and several raised garden beds. Fish and vegetables produced in the system are harvested on a regular basis and promptly shipped to campus dining facilities. The fish and produce are never frozen and are processed immediately on campus, providing the Auburn University community with the freshest possible healthful foods.

Researchers are investigating how to maximize the economic value of all original inputs to the system while minimizing negative environmental impact. Water and fish feed are first used to raise the fish. The water carrying the liquid portion of the fish waste is then re-used to produce several other products. The solid waste component from fish production has been utilized as soil and potting mix amendment.  The liquid component from fish production then serves as a fertilizer source for vegetables growing hydroponically. The produce and fish are then consumed locally in AU campus dining facilities. Overall, the system is very water-conservative, allowing for the production of multiple products without increasing water usage.

The project has generated significant interest. Members of the project team deliver workshops and tours to a broad range of audiences. These audiences include small and larger scale producers, international visitors, researchers, students, and extension agents. The team is collaborating with the World Aquaculture Society to lead a commercial aquaponics workshop for the upcoming international meeting in New Orleans. They have also developed a commercial workshop on the Auburn University campus. These workshops address engineering and technology, production and management, economics, and marketing of aquaponics systems. The AU Aquaponics Project is engaged regionally and internationally to provide education and support for the sustainable and low impact production of two important sources of food.