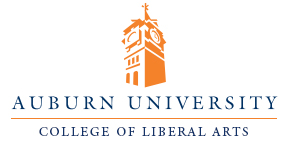 The Auburn University College of Liberal Arts will host a public virtual dialogue, on “Becoming the Beloved Community Amid the Fragility of Democracy and White Supremacy,” in commemoration of the 56th anniversary of Bloody Sunday at the Edmund Pettus Bridge, Selma, AL.

Everyone is invited to register for this event. Participants will contribute to a conversation that unpacks the question of, “Has American democracy always been fragile within the historical context of pre-and-post the American Civil War and slavery, racial injustice, white supremacy, classism, civil religion and voter suppression?”

The panelists are: Bernard LaFayette, Civil Rights Activist who played a leading role in organizing the Selma Voting Rights Movement in the 1960s and author of In Peace and Freedom: My Journey in Selma. LaFayette and the late Congressman John Lewis were roommates in seminary and became lifelong friends. Bridgett King, Auburn University associate professor and the Master of Public Administration Program Director. Her research has appeared in the Journal of Black Studies, Social Science Quarterly, Government Information Quarterly, Policy Studies and the Journal of Information Technology and Politics. She is currently working on an original book manuscript that focuses on the experience of Black election administrators. Wayne Flynt, professor emeritus in the Department of History, editor-in-chief of the Online Encyclopedia of Alabama and author of numerous books including, Alabama: The History of a Deep South State focuses on Southern culture, Alabama politics, Southern religion, education reform and poverty.

“Becoming the Beloved Community requires difficult conversations and we are fortunate to have three distinguished perspectives in conversation at this virtual gathering,” said Mark Wilson, director of the Caroline Marshall Draughon Center for the Arts & Humanities.

The Caroline Marshall Draughon Center for the Arts & Humanities in Auburn University’s College of Liberal Arts creates opportunities for people to explore our individual and collective experiences, values, and identities through the creativity of the arts and the wisdom of the humanities.