When Hallie Nelson came to Auburn University, she discovered her interest in the sustainability movement. A lifelong love for the outdoors led her to take a sustainability course her freshman year at Auburn and she began to get involved with the movement in the local community. 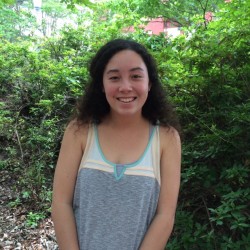 From what she learned in the class, Hallie made a connection between her outdoor activities, conservation, and many other issues such as local food insecurity. Hallie gained a renewed appreciation for nature and social justice as she began to see how closely related these interests were to sustainability. “I wanted to make a change,” she said.

As she became more involved in sustainability, Hallie noticed how some of the daily practices at Auburn University were not sustainable long-term. She believed that Auburn should change these practices and began a journey towards creating a more sustainable future for her community.

By becoming involved with campus organizations such as the Campus Kitchen Project, the Student Government Association, and the Office of Sustainability, Hallie works towards creating solutions for these sustainability problems. The Campus Kitchen Project provides meals to community members in need by collecting and repackaging unserved food from Auburn’s dining halls. Through this student organization, Hallie and other Auburn students fight food waste and food insecurity in the local community.

Hallie carries the same mindset of striving to help others in her role within the Student Government Association. She has been advocating for a composting system to be implemented at Auburn that would also result in decreasing food waste on campus. Furthermore, Hallie has served as an intern for the Office of Sustainability for two years working to engage the Auburn family in sustainability efforts. To Hallie, sharing the knowledge of sustainability with her peers through this internship is one of the most important ways to create a better future. 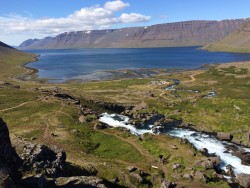 A view of the fjords and winding roads.

Last summer Hallie completed an internship in Iceland where she was able to add another chapter to her sustainability story. Through learning more about Iceland’s cultural perceptions, Hallie discovered that the people of Iceland have a greater sense of respect for the power and beauty of nature than Americans do. They see the effects of a changing climate in the melting of glaciers and the rising of sea levels. Hallie says she wishes Americans would have a greater respect for the environment and be more proactive in sustainability efforts.

According to Hallie, her passion for creating change in sustainability comes from a natural instinct to help those in need. She believes that if you see an injustice being done to an individual or the environment then you act on your compassion and try to make the situation better. Change happens through being compassionate on a daily basis. Just volunteering one hour of time to package food with the Campus Kitchen Project or keep Auburn beautiful through picking up trash with Adopt-A-Spot can make the world a better place. Hallie said, “I think if you see someone in need and you have the ability to help them then it’s your obligation to do whatever you can.”