In about a month, on November 8, millions of Americans will head to the nearest poll to cast their ballots for president. This year’s race is widely contested, and many people are anxious to make their voice heard through their vote. However in the months and years between major elections, some people forget to exercise their political voice. This is definitely not the case for Stefanie Francisco. 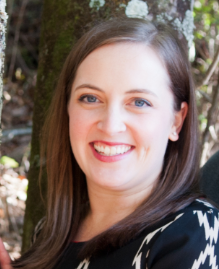 Stefanie Francisco works to empower Alabama voters by getting them key information on how legislation may impact the environment.

Through her role as Development and Communications Director at Conservation Alabama, Stefanie works to ensure more sustainable policies pass, and those with negative consequences go down in defeat. Conservation Alabama focuses on the environmental aspect of sustainability and connects voters in the state with information about environmentally focused legislation, so citizens can lobby their legislators about which way to vote on a bill, and so citizens can make informed decisions about which candidate to vote for at election time. Specifically, Conservation Alabama tracks bills moving through the state house and senate, and raises public awareness regarding current state legislation being debated. Stefanie’s work is making a positive impact on the environment by bringing current issues and their potential legislative consequences into the public eye so people can use that information to exercise their rights as citizens to influence the debate.

Working at Conservation Alabama is not the only way Stefanie has shown her interest in sustainability through the years. She grew up in Fairhope, Alabama before attending the College of Charleston, where she earned a political science degree. Stefanie worked in the television and news industry for a few years in both Washington, DC and New York. However, the Gulf of Mexico oil spill in 2010 made Stefanie reconsider her professional focus. This devastating event brought into question the longevity of her hometown, shifting her priorities to a more local scale. She then decided to move back South and ended up in graduate school at Auburn University pursuing a MS in Rural Sociology. During this time her research on the oil spill’s impacts on the seafood industry led to Stefanie’s passion for environmental policy and the promise it holds for positive change.

Upon completing her graduate degree, Stefanie moved to Mobile where she took a job with the Mobile Baykeepers. Through her work there on coastal restoration, Stefanie learned that if you aren’t changing and improving the policies in place, you’re never going to solve problems and you’ll only be cleaning up messes. This interest in making positive political change is what first led her to Conservation Alabama and is what continues to guide her work everyday.

Stefanie believes the greatest challenge to sustainability is the lack of reliable information available to people who need it, especially in regards to legislation directly related to the environment. For those who are unfamiliar with the idea, sustainability may appear mystifying with many different parts and pieces. However, Stefanie’s advice to overcome this challenge is to start small. Find any aspect of sustainability that interests you personally, and focus on that. Once you see its practical use and innumerable applications, sustainability starts to make sense. In terms of government, the main challenges come in understanding the policies being debated and knowing how to approach political leaders to show support or apprehension about certain issues. To master the apparent intimidation of engaging with legislators, Stefanie urges people to use resources such as Conservation Alabama in order to become a more informed and empowered citizen. She stresses that every individual has the power to change the community through their political voice. And in government, it doesn’t take a lot of people to make a big change, especially at the local and state levels. Stefanie knows firsthand the great impact individuals can have and works to extend this positive influence on environmental policies under debate in state legislation. Creating a voice for policy change regarding environmental issues is Stefanie’s main goal through her work at Conservation Alabama.

Stefanie encourages everyone to exercise their rights by registering to vote, and also suggests looking at sample ballots for anyone who is new to the voting process. Although it’s never to late to make your voice heard, she stresses the importance for college students to get involved at a young age and start a habit of speaking out regarding issues they’re passionate about. Once we all show our concern for the environment by communicating with candidates and elected officials, and voting accordingly, political leaders will be inclined to represent these views in their respective offices. So head to the polls in November to make your opinions heard, but don’t forget, your voice matters everyday, especially in local issues related to sustainability and the environment.