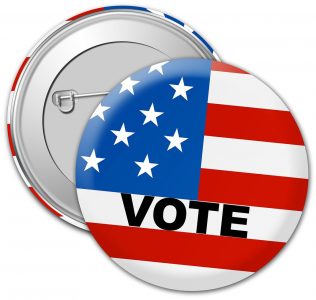 With the election for the President of the United States on the horizon, it is crucial to have done research on the candidates. This month’s topic of conversation is one of many important issues one must consider during election season, so continue reading to learn where each candidate stands on climate change. All information is taken directly from the candidates’ websites.

Clinton’s website contains the most specific plan for tackling climate change. She hopes to continue the pledge to which President Obama committed at the Paris climate conference. Within ten years, she hopes to generate enough renewable energy to power each home in the United States, install half a billion solar panels, cut energy waste by one-third, and reduce oil consumption by one-third through cleaner fuels and higher efficiency. She also wishes to cut carbon and methane pollution via investment in clean energy infrastructure and innovation; thus making the American economy more robust. Additionally, Clinton wants to make environmental justice a priority by setting bold national goals, similar to the Sustainable Development Goals set forth by the United Nations. Lastly, she aspires to promote conservation by strengthening protection of natural resources, parks, and other public land.

Gary Johnson’s environmental tagline is “Protect the environment. Promote competition. Incentivize innovation.”  He believes the role of the government is to enforce environmental protection, while maintaining a free market. In other words, he believes the government should prevent pollution, but avoid having politicians in D. C. vote on behalf of energy-related industries. He further elaborates that in a government that runs well, entities like the Environmental Protection Agency should keep citizens safe, and that a free market would allow innovators to bring about appropriate environmental restoration and protection. On his website, he says, “Too often, the winners are those with the political clout to write the rules of the game, and the losers are the people and businesses actually trying to innovate.” Johnson believes that because the climate is “probably” changing due to man, the federal government should prevent future damage by focusing on regulation that prevents it, rather than regulation “driven by special interests” that costs jobs and freedom.

Jill Stein’s running platform, the  Power to the People Plan, is directly influenced by climate change. In Stein’s own words, her plan “offers direct answers to the economic, social, and ecological crises brought on by both corporate political parties.” She considers her plan to be “The Green New Deal,” as she vows to create millions of jobs through switching to entirely clean renewable energy by 2030. In doing this, she makes it clear that it is necessary to rid our country of its dependency on fracking, tar sands, offshore drilling, oil trains, and uranium mines. Stein also wishes to dedicate more of the budget to public transportation infrastructure, sustainable agriculture, and ecological conservation. She is very interested in protecting public lands, water supplies, biodiversity, and pollinators. Overall, Stein desires for the United States to be a leading force in halting global climate change, and to protect the rights of future generations.

Donald Trump does not address climate change on his website; however, his approach to climate change can be gleaned from the energy section. His plan focuses on making the United States energy independent by tapping into our country’s fossil fuel reserves of coal, oil, natural gas, and shale.

Climate change is just one of many vital issues to consider when choosing a candidate, and it’s important to consider a candidate’s policy proposals in context of how they might impact not only nature, but also the economy, society, and individual wellbeing. Being an informed voter is an important part of citizenship; so, educate yourself and be sure to vote on November 8th!