“Good Citizens:” One Phrase, Many Meanings

Young people and not-so-young people sometimes see the world differently. And they speak about the world differently, too. When my son says that an upcoming gathering of friends is “going to be lit,” my immediate thought is “great, I’m glad you won’t be going out in the dark.”  And then after a second of thought, I ask a series of questions to determine the qualities of a “lit” experience. Generational differences in language are sometimes just that—different words but same meaning.

But young people and not-so-young people have interestingly different responses when I ask the question: What does it mean to be a good citizen?  I emphasize the word good because everyone pretty much agrees on what it means to a citizen—a person either born into a country or naturalized into citizenship. But good is the quality we need, and the generational response to the question is quite interesting. 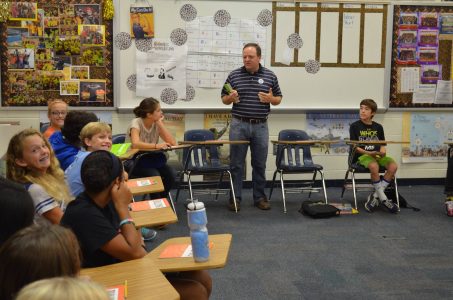 Not-so-young people usually respond with three answers.  Good citizens pay taxes, they say, contributing what’s required and not trying to beat the system.  Good citizens obey the law, since laws protect all of us.  Breaking the law not only offends the victim or potential victim, some folk usually remark, but lawbreakers offend everyone in society. Last but not least, not-so-youngers identify voting as an act of good citizenship.  We vote because it’s a civic duty, a right that others have fought with their lives to defend (or receive), and because we have no right to complain about our elected leaders if we do not take the time to deliver an educated vote. Good responses from good citizens.

Young people, of course, aren’t old enough to vote or pay taxes, and, depending on their age, have had little opportunity to break a law. So their response is different yet profound. Young people understand good citizenship to concern relationships with peers and their community. A good citizen is akin to being a good neighbor or a good classmate, they say. Good citizens look out for each other, don’t take advantage of each other, respect each other.  When they see something that needs attention, they act.  Good citizens are active citizens. Duty is important, just as with adults, but young people understand duty as an opportunity, not just an obligation, one that is steeped in relationships.

The late Hal Saunders titled one of his books Politics is about Relationship: A Blueprint for the Citizens’ Century. I think he probably had a conversation or two about citizenship with young people.  And we should, too, to keep our perspectives open, curb our cynicism, increase our idealism, and to remind us that relationships matter. Our community relationships and civic life can be “lit,” as the young people say, whatever exactly that means.