Director’s Corner: Eating as if Food is the Point

Home » Blog » Director’s Corner: Eating as if Food is the Point

“What we discovered in Italy was that if an establishment serves food, then food is the point.” (original italicized). Barbara Kingsolver, Animal, Vegetable, Miracle 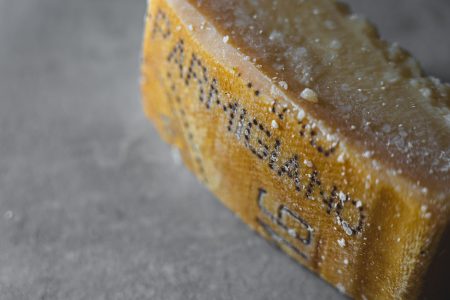 In her marvelous book Animal, Vegetable, Miracle, Barbara Kingsolver describes her food experiences during a trip to Italy.  She was amazed that wherever she and her husband ate, a museum cafeteria, a simple diner, or a pizzeria, the food was always wonderful, intentionally prepared with care to make “food the point.”

She contrasts that with eating in America, where at fast-food restaurants “‘fast’ is the point”, at sports bars sports is the point, and at airport restaurants “the premise is ‘captive starving audience.’”  All of which equals mediocre food at best.

That got me thinking about habitually mindless or careless eating to indiscriminately silence hunger, to self-medicate during times of stress, or out of boredom; to eating distracted, while on our phones, while watching tv, while sitting at our desks.

That got me thinking about the pace of ‘life’ and how inattentive we can be every day to the small but meaningful pleasures as we rush about from one thing to the next.

I think because we are so distracted and rushed, we find ourselves tolerating a lot of things that, when we stop to think about them, are intolerable — politically, socially, environmentally, economically.  But for now, I’ll stick with food.

In his enlightening book Real Food, Fake Food, food and travel columnist Larry Olmsted writes about food fraud, how much of what we think we are eating is something else, and invariably something less.

For example, parmesan cheese.  The real deal is crafted in Parma, Italy and is called Parmigiano-Reggiano.  By law, it must contain only three ingredients: fresh (out of a cow less than 18 hours) drug-free milk, salt, and rennet.   The stuff in the green cardboard tube that I grew up eating is called parmesan and is made of “milk of unknown origin and purity, cellulose powder (wood pulp! ed.), potassium sorbate, and cheese cultures.”

Because “parmesan is the direct English translation of Parmigiano-Reggiano” they should be the same thing when clearly they are not.

There are so many examples of fake foods in his book: seafood, beef, oils, cheeses, honey (the third-most faked food), coffee, teas, wine, champagne, scotch, fruit juices, maple syrup, and more.  Some of the fakes are not just cheap and deceitful but downright dangerous.  According to Olmsted, improperly farmed salmon and shrimp imported from other countries can be laden with PCBs, dioxins, and other toxic chemicals.

Olmstead’s biggest criticisms are directed at the Food and Drug Administration, whose mission is “protecting and promoting your health.”  Read his book and you will see just how little oversight there is, how much influence industry has, and therefore how much fraud there is.

The good news is there are simple and, in many cases, inexpensive ways to make food the point and avoid these problems that also get at more mindful and pleasurable living.  Real Food, Fake Food is full of recommendations, like buying local for example.

And rather than grabbing a frozen pizza at the store, he encourages us to slow down, take a few extra minutes, and make a pizza that is far more nutritious and enjoyable.  He gives us some good reasons for doing this besides making food the point of eating.

Next time you are at a grocery store, or perhaps go into your freezer, check out the ingredients in a frozen pizza.  One brand Olmstead checked had 52 ingredients, many of which are not a good idea to eat.  Is one of the ingredients butylated hydroxytoluene?  It is “banned in England and the FDA has said (for years) ‘should’ be investigated owing to the possibility of turning other ingredients toxic or cancer-causing.”  How about the petroleum-derived additive butylated hydroxyanisole, is that an ingredient too?  I don’t know about you but I don’t want anything petroleum-based in my pizza or any other food for that matter.

Is it a pepperoni pizza?  Researching the book Olmsted learned that the FDA has a lower grade of pork than “acceptable.”  It’s the grade used by processed food producers.  Great.

Instead, Olmsted recommends making your own pizza.  Here’s how he does it:

The slower pace of preparing and cooking a pizza this way requires attention and intention.  It creates a more relaxed mental and emotional state in which to enjoy the work of culinary art just created and pulled out of the oven or off the grill.

Animal, Vegetable, Miracle tells the story of Barbara Kingsolver and her family committing to living and eating like this for a year, respecting the natural processes of food production, preparation, and consumption.  The values that led them to make this effort strengthened and became more intentionally infused in every area of their lives to greater, more rewarding effect than they ever expected or considered.

In the effort to “make food the point,” wherever we fall on the scale between making a simple homemade pizza with fresh ingredients and moving to a farm to live off whatever can be produced locally for a year,  being more intentional about what we eat, where it comes from, and how it is produced is guaranteed to have salutary effects on our physiology and our psyche, while making the world a better, more enjoyable place for the effort.