“… in the final analysis, our most basic common link is that we all inhabit this small planet. We all breathe the same air. We all cherish our children’s future. And we are all mortal.”        – President John F. Kennedy, 1963

Human activity since the dawn of the Industrial Revolution has caused planetary warming on a global scale, mostly from burning fossil fuels which release greenhouse gasses (GHG) such as carbon dioxide and methane into the atmosphere.  In the last thirty years, emissions and warming have spiked. 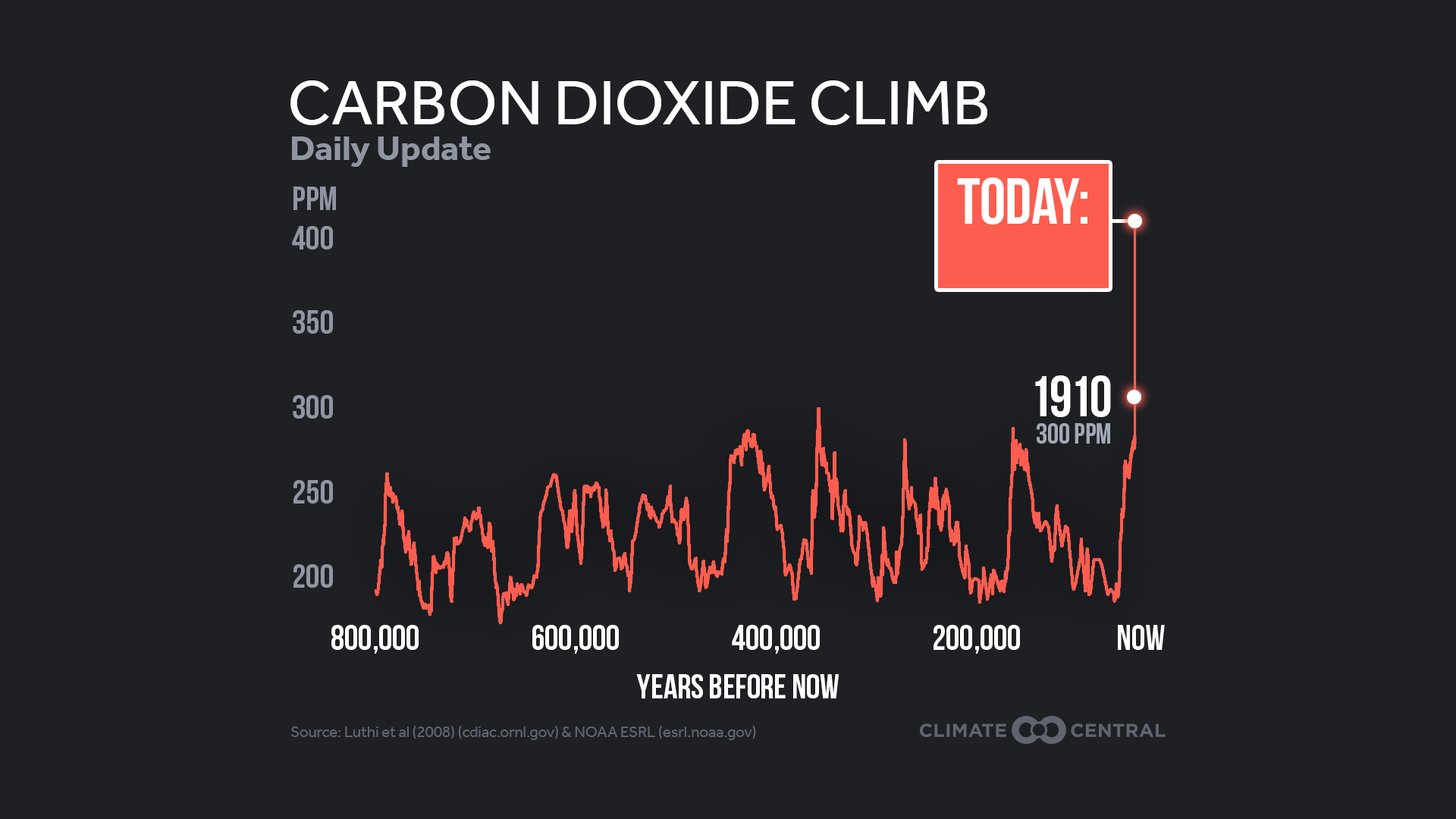 Climate science makes it crystal clear that a business-as-usual approach is unacceptable.  We are already seeing the impacts of global warming from local to planetary scales.  To continue burning fossil fuels is to continue adding global warming pollution to the atmosphere, which is already supersaturated with GHG.  Currently, human activities annually add 35+ gigatons (1 gigaton = 1 billion tons) more GHG pollution into the atmosphere than the planet can absorb.  The planetary response is driven by physics: the planet is warming, and the climate is shifting away from what human beings have ever known.  This has consequences for every living organism and every living system on Earth.

As Penn State University climate scientist Michael Mann explains, “There’s a race between two tipping points. The tipping point of the public consciousness, which we want to see, and the tipping point in the climate system that we don’t want to see and that we’re coming perilously close to…. It’s a race between our ability to mobilize the public and policymakers to action and the increasingly devastating impacts of climate change we will see the further we go down this road of fossil fuel burning. That’s really the challenge, to turn this ship around as quickly as possible.”

So, what will it take “to turn this ship around as quickly as possible?”

During the 2019 – 2020 academic year, Director’s Corner posts will partially answer that question by highlighting a few of the strategies that will, if we will act on them, stop and reverse global warming and create hundreds of millions of restorative and regenerative jobs.  Dozens of viable solutions already exist.  As Paul Hawken puts it, “Humanity is already on the case,” and all we have to do is take to scale many things we know how to do and are already doing.

The challenges of climate change are actually opportunities.  The warning signs are a heads up that there are ways of doing things that create much better outcomes for humanity and all life.  All we have to do is understand our predicament, acknowledge how we got here, and do something about it.  As Neil DeGrasse Tyson puts it: “There are no scientific or technical obstacles to protecting our world and the precious life it supports.  It all depends on what we truly value, and that we can summon the will to act.”

What do we truly value?  If we each take the time to think about it, I am confident we all end up at the same place.  We want to ensure wellbeing and quality of life for our loved ones.   And that is what drives humanity to do all that is necessary to reverse global warming.

This month, we highlight the climate-friendly contributions that trees and forests make, and how trees can play an even larger role in preserving a livable climate.

Drawdown: The Most Comprehensive Plan Ever Proposed to Reverse Global Warming, is a global initiative to identify the top 100 solutions to reversing global warming.  More than 70 researchers crunched and validated the numbers that resulted in Drawdown’s findings and rankings.  Several tree-related global warming solutions are included in the findings because, among many other essential ecological values and functions, trees are great at doing two things that can help reverse global warming: First, existing forests are carbon sinks, they store significant amounts of carbon and keep it from being released into the atmosphere.  Second, through photosynthesis, existing, new, and growing forests capture atmospheric carbon and remove it from the atmosphere, with the added benefit of releasing oxygen in return.  Below are some of the tree-specific solutions listed in Drawdown that we know how to do and that, to some degree, are already happening. 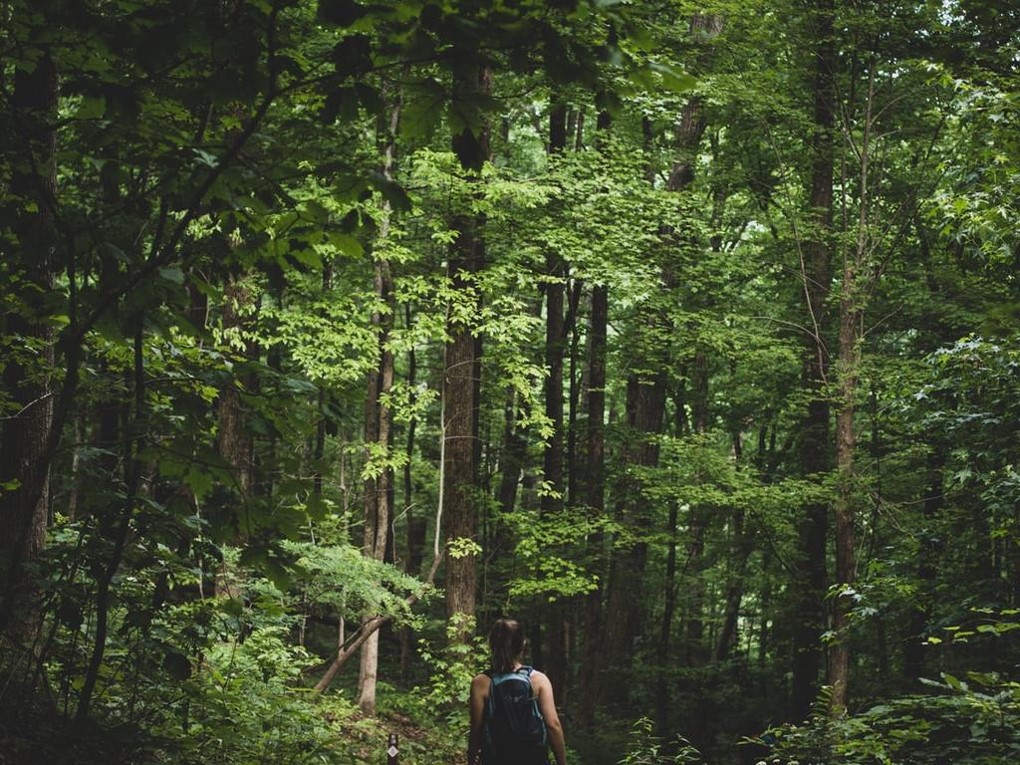 As promising and important as afforestation and restoration are, forest protection must be prioritized. Stanford University professor Rob Jackson chairs the Earth System Science Department and Global Carbon Project and says “I do think eliminating deforestation is more important than planting new forest. Forests provide many benefits beyond storing carbon. They store and recycle our water, they prevent erosion, they harbor biodiversity…. When we plant forests, we gain some of those benefits, but it takes years to decades to grow a healthy forest.”

There was evidence this month that “humanity is on the case” when it comes to reforestation.  The citizens of Ethiopia planted an astounding 350 million trees, and did so in 12 hours!  The Ethiopian government has committed to planting 4 billion mostly indigenous trees, about 40 per citizen.  According to the Associated Press, 2.6 billion trees have been planted so far. Wow!

In the U.S. there are initiatives underway and opportunities for individuals and groups to plant and protect trees.  The National Forest Foundation has a goal of planting 50 million trees in National Forests.  The Arbor Day Foundation is committed to planting 100 million trees in forests and communities, and engage 5 million new tree planters by 2022.

The Earth Day Network’s Canopy Project has the ambitious goal of planting 7.8 billion trees, one for every person on Earth, in honor of the 50th anniversary of Earth Day on April 22, 2020.

Earth Day originated through citizen action, and every Earth Day since has honored and called for citizen action.  As the 50th anniversary of Earth Day approaches the need has never been greater for our active engagement in restoration, protection, education, and advocacy efforts on behalf of those we care about and life on Earth.

The Office of Sustainability is organizing a tree planting event for later this winter.  If you are interested in participating complete this form and you will be contacted at a later date.

Trees and forests have an irreplaceable role to play in global ecological health and reversing global warming. Forest preservation and tree planting are necessary steps.  We know what to do.  People are already doing it at a variety of scales around the world.  We know why forest protection and restoration are necessary, and what these efforts will accomplish.

All that remains is to “summon the will to act.”