“When we try to pick out anything by itself

we find it hitched to everything else in the universe.”

American culture celebrates the rugged individualist; the self-made man (or woman); pulling one’s self up by the bootstraps; self-reliance; independence; going it alone.  Certainly there is much to respect and admire in individual effort and accomplishment.

We celebrate this in part because of our perception that we exist apart from others as independent beings, distinct and separate from the world around us.  The way physicist David Bohm put it is that we tend to see ourselves as “independent fragments” and therefore think of the world that way and operate accordingly.

While it is true that each of us is unique and distinct, we are not as separate from each other and the rest of the world as we think we are.  In fact, we are utterly and completely interconnected and interdependent, intimately engaged with each other and everything that exists.  There is no escaping it.   The perception of separation and independence is much like the illusion that the sun, moon, and stars circle the Earth.  What appears to be, just isn’t so.  To see the truth requires leaving the narrow realm of our own perception and moving to a broader, more open perspective.

John Muir’s famous observation that everything is “hitched to everything else in the universe” came to him as a profound and intuitive personal epiphany resulting from his many extended forays into wilderness.

What he experienced as a deep personal insight was proven by quantum physics to be literally true.  Thus physicist Fritjof Capra’s observation that, “as quantum physics showed so dramatically, there are not parts at all.  What we call a part is merely a pattern in an inseparable web of relationships.”

As weird as it may sound, that is what we all are, “pattern[s] in an inseparable web of relationships.”

This truth has turned our understanding of parts and wholes on its head.  Instead of understanding the whole by looking at individual parts, it turns out that parts can only be understood in the context of the whole.  When it comes to us and other things, our individuality and nature can only be understood in relationship with the rest of the universe.

Because the fabric of our individual natures are so completely interwoven with everything we have amazing opportunities for experiencing rich interconnections, and for making a real positive difference.  So why not make the most of it?

The opportunities are limitless.  We can involve ourselves in work, play, and civic life on and off campus; we can immerse ourselves and experience connection everywhere.  We can celebrate our own existence, a complex set of energy strands woven into the tapestry of time and space.

If this is sounding like lots of activity, surrounding ourselves with a lot of people and stuff to do, it may be really exciting to the extroverts among us, but what about those of us who like our engagement a little quieter and calmer, who like engagement characterized by stillness, non-doing, and spending time alone?  Or who at least like some balance between the two (which is most of us)?

To me this is the really cool thing: It doesn’t matter where we are or which we prefer at any given time.  John Muir spent a lot of time alone, at least separate from other people, and in the sanctuary of nature he experienced profound connection.

People who spend significant time praying or meditating, regardless of their religious or spiritual perspective, consistently describe the same feeling when they settle into a state of inner quiet, stillness, and calm: the sense of separateness disappears.  They feel deep wellbeing and an open, resonate connection with the rest of existence.

Whether we are embracing our coexistence in the world outwardly in a service organization, a sport, a class, a social group, or inwardly in extended moments of stillness and contemplation, we can experience how connected we are to life itself and gain an inkling of what it means to be “hitched to everything else in the universe.” 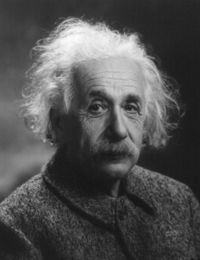 “A human being is part of the whole, called by us the universe.  A part limited in time and space.  He experiences himself, his thoughts and feelings, as something separate from the rest, a kind of optical delusion of his consciousness.  This delusion is a kind of prison for us, restricting us to our personal desires and to affection for a few persons nearest to us.  Our task must be to free ourselves from this prison by widening our circle of compassion to embrace all living creatures.”