Director’s Corner: The Power of Community Awaits Us

“The essential challenge is to transform the isolation and self-interest within our communities into connectedness and caring for the whole…. We begin by shifting our attention from the problems of community to the possibility of community.”  Peter Block

Here we are in early 2018, and the fabric of our national community – from the national scale down to neighborhoods – is all too commonly torn and tattered like a piece of worn out cloth; a weak and dangerous condition for our democracy.  Conversations dwell on the “problems of community” and are warped by distrust, cynicism, antagonism, resentment, blaming the other, a long list of corrosive attitudes and behaviors have become unchecked habits. 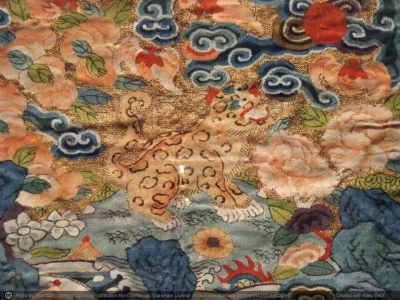 Continuing with the cloth metaphor, a healthy community is more like a tapestry, created by weaving unique and discontinuous horizontal threads (individuals) together across continuous vertical threads (our social fabric, the underlying culture, values, and principles of democracy).  The result is complex, varied, and beautiful; a healthy democracy.  To paraphrase Harry Boyte, in the tapestry of a functioning democratic community ‘citizens of relatively equal standing work together across partisan and other differences.  They use the processes of public convening, exploring the “possibilities of community” to create the future they want.’

As much as American culture celebrates rugged individualism and independence, we are all in this together.  The reality is that we are in an utterly interdependent relationship and our success as a nation hangs on our recognition of this fact.  To quote Peter Block again, “[W]e need to create a community where each citizen has the experience of being connected to those around them and knows that their safety and success are dependent on the success of all others.”

The signers of the Declaration of Independence understood this with profound clarity.  Most will recall the opening phrase of the Declaration, “When in the course of human events, it becomes necessary for one people to dissolve the political bands which have connected them with another…” but it is the closing phrase of the Declaration – the last words written before the signers added their names – that resonates with me: “…we mutually pledge to each other our Lives, our Fortunes, and our sacred Honor.”  That pledge, that commitment to each other, is every bit as important for our nation today as it was in 1776.

In his book Everyday Politics, Harry Boyte cites the writing of Lemuel Shaw, Chief Justice of the Massachusetts Supreme Court from 1830-1860 to drive home this point: “All power resides originally in the whole people as a social community.  All political power is derived from them [and] is designed to be exercised for the general good, and limited to the accomplishments of that object.”

“Politics” has a bad connotation these days, and deservedly so, but only because it is so poorly practiced.  We as citizens have ceded our place at the table and allowed the conversation to be dominated by specialists instead of the people.  There is a significant gap between where we are today and how our democratic systems were designed to operate.   Again, from Harry Boyte:  “Politics, from the Greek, politikos, meaning of the citizen, in its original meaning is the activity of amateurs, not specialists.”

So the practice of politics belongs to us, the citizens, working together in community.  It is our responsibility to reclaim it for ourselves.  The effective practice of politics, exercising the power of community to create the future we want, is something we can claim any time we want.  How to do it is an open secret.

In his book Bowling Alone, Robert Putnam found that community wellbeing depends on social capital, the quality of relationships and the cohesiveness of people within the community.

Designing and having the right conversation is the key to everything.  Whoever the convener of the conversation is, that person or group can design the gathering around powerful questions that ignite meaningful change.

Starting conversations around problems or disagreements that need to be fixed creates a deficit mindset with people entrenched in their positions ready to defend them to the end.  Peter Senge observes the bizarre fact that “People invest enormous amounts of time and energy trying to make a better world by fighting against the world they don’t want.” Huh?

Resonant conversations start with questions that ask about what we want to create, not what problem we need to solve.  Senge writes eloquently about this: “Problem solving is about making what you don’t want go away.  Creating involves bringing something you care about into reality.  Creating draws its energy from dreams or visions of what people truly want to see exist….  Reactive problem solving draws its energy from crises, usually driven by an underlying emotion of fear….”

Senge points out that gifted leaders – which can be any of us – “work tirelessly at convening diverse players who represent key stakeholder interests and helping people see one another’s realities and deeper aspirations.  They honor history and physical place.  And they become very good at ‘holding a space,’ creating an atmosphere where people feel safe to reflect and be open and honest with one another.”

When we take this approach, an alchemy happens.  We find that we have much more in common, we are much more in agreement about what matters to us and what we want our communities to be, than we can possibly realize in a ‘fighting against the world we don’t want’ approach.  It is easier for people to hear each other’s fears and concerns.  Problems get solved in the context of our shared vision of the world we want to create.

This is not a pipe dream.  This approach is creating results in communities everywhere.

In Blessed Unrest, Paul Hawken describes this phenomenon.  “What I see everywhere in the world are ordinary people willing to confront despair, power, and incalculable odds in order to restore some semblance of grace, justice, and beauty to this world.”

The future is in our hands.  The power of community is ours to embrace. It is ready and waiting. I have great confidence that “we the people” have the talent and heart to revitalize our democratic processes and produce communities that reflect our shared values and ideals, caring for the whole and nurture the wellbeing of each individual within them.