For the past five and a half years, Mike Stover has worked as the Assistant Director for Employer Relations in the Office of Professional and Career Development in the Raymond J. Harbert College of Business. In other words, Mike plays a vital role helping students connect with companies and enhance their professional skills. Beginning in August, Mike began expanding his own professional development by becoming a Peers Ambassador. 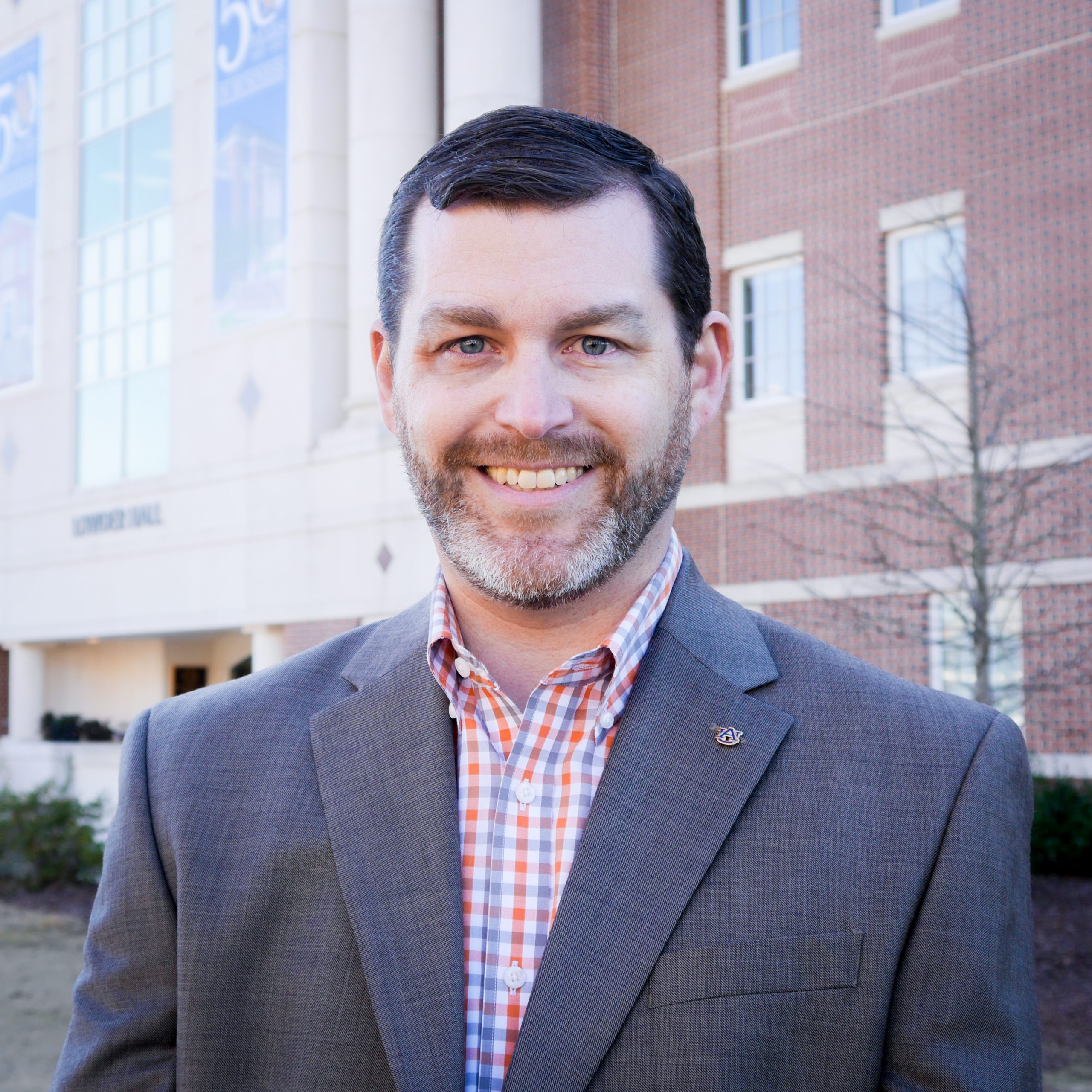 Although Mike has not had any professional experience with sustainability prior to becoming a Peers Ambassador, he has been a sustainability advocate for years. Mike’s interest in sustainability covers every end of the spectrum, from climate change to our dwindling food supply.

Even though Mike has just become a Peers Ambassador, he already has several ideas in mind on how to make his unit more sustainable. One area of sustainability Mike is focusing on is waste management, ultimately hoping to foster a change in his unit’s waste habits. For instance, Mike says even the simple switch from plastic water bottles to a reusable bottle would have a significant impact on the unit’s overall waste production. He also plans to address his unit’s paper consumption as well as the utilization of single use plastics, such as K cups. Overall, Mike’s main goal is to educate his colleagues about how simple changes such as these can dramatically reduce their collective environmental footprint.

Mike believes the greatest challenge to sustainability is public perception. He says that many times he has encountered people fallen prey to the common misconception that being more sustainable is difficult to do. It’s something that they don’t have time for, that isn’t a necessity, but instead merely something that’s nice to do, if you want. Mike thinks a cultural shift away from this opinion will be imperative to the success of the sustainability movement.

Out of the many sustainability initiatives Auburn has undertaken, Mike’s favorite happens to be perhaps the simplest, yet most important one. Mike says the fact that Auburn officially acknowledges sustainability as an area of importance is absolutely inspiring. The impact large institutions such as Auburn can make paves the way for others. Furthermore, Mike appreciates that Auburn does not just talk about what we WILL do for sustainability, but instead we let our actions speak for themselves. From Tiger Dining to Tiger Transit, Auburn has and will continue finding ways to incorporate sustainability into our culture.