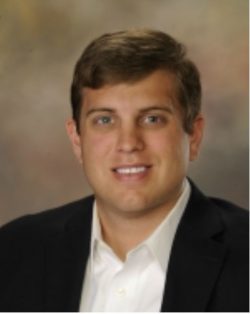 Benjamin Burmester has a long history with Auburn University. A former student, Burmester, has worked with the University since 2013, where he was originally hired to be a Campus Planner. Last year, Burmester’s position was reclassified, and he now works as a University and Transportation Site Engineer within the Office of the University Architect. Within this role, Burmester focuses mainly on transportation, infrastructure, and water management, acting as a steward for the physical university.

Burmester has worked on a number of impressive projects, ranging from the Samford Park redevelopment project to the installation of the Garden of Memory. His role is to work hand-in-hand with architects to ensure that quality campus planning is taken into account in these initiatives, especially when it comes to multimodal transportation. Removing barriers to multimodal transportation is a central concern with Burmester’s work, and the Campus Master Plan makes it an institutional commitment to ensure that several different modes of transportation are made accessible. Burmester sees multimodal transportation as an integral part of campus life, arguing that when you are in the historic part of Auburn, you expect to see pedestrians, bikers, and cars creating the liveliness of our small city. However, in Auburn, that was not always the expectation. To this, Burmester recalls,

“When I was a student, about 15 years ago, Tiger Transit was fairly new, and there was plentiful surface parking on the perimeter of campus. Plenty of people did use transit, a decent amount walked, but not many cycled. The idea that you didn’t have your vehicle at your fingertips was a big deal for some folks, because it just wasn’t normal. It wasn’t what most people were used to, and that’s still the case. They come to Auburn, not from areas of mass transit, walking, or cycling, so that’s something new that most students are experiencing. The great news is that most students in this generation are very open to multimodal environments and are more willing to experiment with that than other generations.” 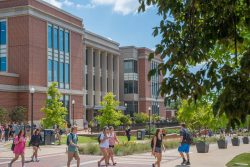 Burmester argues that this generation of students is more willing to experiment with multimodal transportation, both because of their desire for a more urban college experience as well as increased awareness of sustainable practices. He says that though he has seen vast improvements, there is still a lot of opportunity for Auburn to make pedestrian and cycling transportation more accessible and attractive. Burmester believes that multimodal transportation will also be facilitated through city planning and infrastructure. “As more student housing is built near campus, it’s all easily ridable on a bicycle, those modes of transportation can increase a good bit. Especially with housing being so close, it makes it an appetizing choice.” 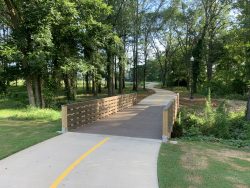 When asked how sustainability intersects with his work, Burmester pointed to both the Campus Master Plan and Design and Construction Standards. Sustainability, he argues, is weaved into both commitments, meaning that sustainable development, to a certain extent, must be considered when developing and expanding Auburn’s campus. To this point, Burmester says, “You cannot meet any emissions goals or quality standards without sustainability being part of the decision-making process.” This is not to say that there is not more opportunity on campus to improve sustainability, but there are already channels of accountability that the university holds itself to when expanding Auburn’s campus. For Burmester, he sees his jobs as reducing any barriers that may arise when considering how to bring about sustainable and high-quality infrastructure to Auburn’s campus.