Busy Beyond Belief? Why an Alternative Sleep Cycle Might be the Answer

Did you make a New Year’s resolution last year? Did you keep it? For many of us, we find ourselves repeating the same patterns each year; we decide to recycle, work out, meal prep, etc. but it rarely sticks. Instead we get busy. As my class workload increases, I struggle to make the time for new commitments. One by one, they fade away, until I wake up in March and realize another year has passed.

But what if you had more time? What if, through the course of some Hermione-level wizardry (and some somewhat controversial brain science), you could add three hours to your day? Well, I’m here to tell you it’s possible. Sort of. 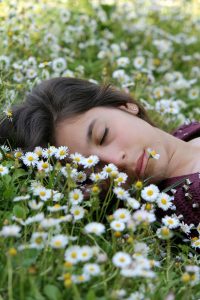 You see, we think our bodies require eight hours of sleep to function at our best. But according to a Psychology Today article, the concept is a myth, not a rule. Here in the U.S., we typically develop monophasic (a long sleep once per day) sleep patterns. We’ll head to bed between 10-12 p.m. and wake up between 6-8 a.m.

But there are also polyphasic sleep patterns, in which people sleep several times throughout the day. These sleeps are shorter, more efficient, and pretty incredible. In many Hispanic (and some European) countries, siestas are popular. A person might sleep for five to six hours per night and take a 20-minute nap toward the middle of the day. These siestas are biphasic in nature (you sleep twice), and they help you save a couple hours of sleep.

There are three other alternative schedules explained on the Polyphasic Society website, and I’ll break them down quickly, below.

Here’s where things start getting a little crazy. In a triphasic sleep cycle, you’ll take three naps that are each roughly one-and-a-half hours long. And that’s all. According to the Polyphasic Society, you’ll take “a nap after dusk, a nap before dawn, and a nap in the afternoon.” Because it purportedly aligns with your body’s Circadian rhythm, this cycle appears to be one of the easiest to adapt to.

In the Everyman sleep cycle, you’ll have three-and-a-half hours of core sleep each night followed by three 20-minute naps throughout the day. There are three derivatives of this cycle that adjust the sleep times, if four-and-a-half hours isn’t enough for you. Also, this cycle may be difficult to adjust to. The timing and consistency of your naps are important here, and those naps need to be very efficient. You don’t want to start this on Monday of finals week. Try it early in the semester, when classes are a little less intense.

According to the website, this is the most popular — and most failed — alternative sleep cycle. Why? Because in its traditional form, you’ll have six twenty-minute naps spread throughout the day. That’s it. You completely eliminate core sleep.

If you can handle it (and stay disciplined with your naps), then you’ll add roughly four to six waking hours to your day. Now, the adaption period is tough, and you’ll likely endure several days of sleep deprivation before your body adjusts. It won’t be pretty, and it doesn’t work for everybody. But still, there’s a non-zero chance that you could live off of two hours sleep per night.

So how do these alternative sleep cycles work? How is it possible to survive — and maybe even thrive — on as little as three hours of sleep per day? These cycles attempt to maximize your body’s sleep efficiency. Proponents of alternative sleep cycles suggest that although you sleep for six to eight hours per night, that sleep may be wasteful. By training and disciplining yourself, they propose that it’s possible to eliminate most of that waste. That said, some people have accused the cycles of being pseudoscientific and have expressed concerns of long-term sleep deprivation for subscribers to the more extreme cycles.

Whether you try an alternative sleep cycle, or you just work to improve your sleep hygiene, remember that sleep is important. Sleep deprivation is dangerous — it can literally kill you — and just a few days without sleep can induce temporary psychosis and hallucinations. And that’s not even referring to the increased risks of heart disease, diabetes and even high blood pressure. If you struggle with insomnia, sleep apnea, or simply don’t sleep well, please consider contacting Auburn’s Student Counseling Services or your general practitioner.

Jack Parrish is a senior majoring in Public Relations, and the Editor in Chief of bewellauburn.com. A modified version of this post originally appeared on bewellauburn.com in October. Be Well is an award-winning, student-centric blogazine produced by Campus Recreation. Written for students, by students, Be Well promotes healthy and active lifestyles on the Auburn University campus.