A Summer in Icelandic Nature 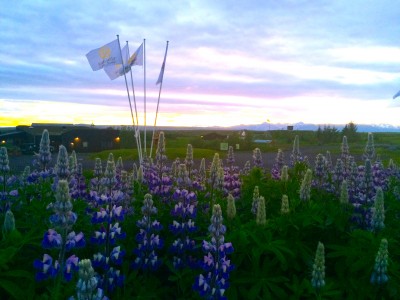 Lupine flowers at the village during the midnight sun.

This summer, I spent three months interning at Sólheimar Ecovillage in Iceland. About 100 people live in the village, including staff, volunteers, and Icelanders with special needs. I lived in a house with volunteers and interns from all over Europe and America, which created an amazingly diverse community. The Icelandic respect for nature shaped the way the community functioned everyday, and the power of nature shaped my lifestyle.

I came to Iceland for an internship to learn about organic greenhouses and sustainability. In the end, I learned a lot from my internship, but I also learned the restorative power of nature. I spent the entire summer outdoors or in the greenhouse caring for the many tomato plants. The only time I spent indoors was to eat or sleep. After work most days, I took walks along paths lined by the blooming lupine flowers. Mountains and rivers surrounded the village, so there was always a beautiful view to appreciate during the walks. On the weekends, I would travel to see the natural wonders found all over Iceland and camp in these beautiful places. Spending so much time in nature led to a clear mind and deeper connection to the environment I live in. 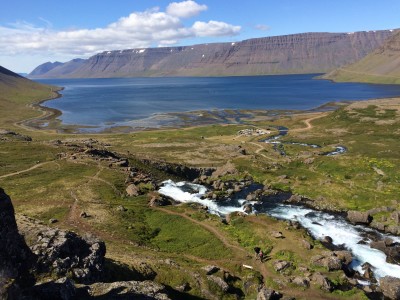 A view of the fjords and winding roads.

My lifestyle in Iceland this summer flowed at a much slower pace than my lifestyle in Auburn. In the past, my life in Auburn has been focused on living from one test to another and running from one meeting to the next. I didn’t have any time to relax and be inspired by the natural environment here in Alabama. Since I’ve been back, I make time in my schedule to clear my mind and take walks in parks around town. Ultimately, taking this time out of my week to spend outside has become much more important and makes me much happier than squeezing one more meeting into my weekly schedule. A short walk helps me gain perspective on my goals for the week, and I always notice it makes me more relaxed. My experience this summer helped me learn to appreciate nature’s power to relieve stress and clear my mind.

One weekend, my friends and I took a four-day road trip to the Westfjords. The fjords, which are formed when a glacier recedes, were the most beautiful landscape I experienced during my summer in Iceland. The roads followed the base of every fjord. We spent hours driving with the sea on one side of the car and mountains on the other. The roads curved down huge slopes and over the tops of mountains. The ever-changing landscape mesmerized me. The seawater was a beautiful blue, the tops of the mountains looked like another planet, and the waterfalls were magnificent. The fjords are one of the least populated parts of Iceland, which is already sparsely populated. We would drive until we felt like stopping, then walk deep into one of the fjords to set up a camp. Being alone in such a huge and quiet landscape is humbling. I found the gigantic fjords strangely comforting: their giant and silent presence made my troubles seem insignificant. The small stresses of everyday life suddenly seemed ridiculous to worry about. The huge landscape of Iceland somehow helped me put my small problems into perspective. 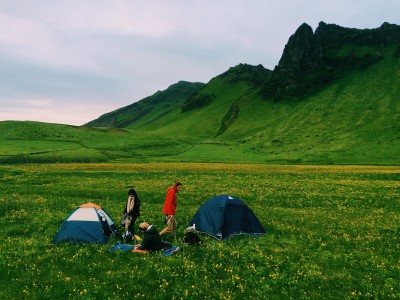 Not only is nature a powerful restorative force for the human spirit, but it is also a powerful force that shapes life everyday. The living land of Iceland testifies to the power of nature over humans. The geography constantly changes because of volcanic eruptions, receding glaciers, and roaring rivers. The active land allows the whole country to be powered by the geothermal heat and hydraulic energy of the land. Even while I was in the village during the workweek, the powerful Icelandic environment affected my life. Thirty minutes outside of Sólheimar, lies a volcano named Hekla, which is expected to erupt at any moment in the coming years. The Icelandic people who lived in the village with me casually joked about the disaster that would strike the village if the volcano were to erupt. Joking about a volcano eruption so close to my summer home was strange to me. I have lived with the fear of tornadoes or thunderstorms, but meteorologists try to turn these natural events into predictable occurrences. Icelanders live knowing the unpredictable and powerful force of nature. They choose to joke about it, instead of fear it. Contrary to my American mindset that nature can be controlled or predicted, Icelanders intimately understand the control that the environment has over human lives. Through their example, I learned the value of respecting the power of nature and living in harmony with the environment, instead of trying to control it.

Human actions may not be able to control nature, but our actions do have an effect on the natural world. During a weekend trip, I visited an ice lagoon that sits at the foot of a glacier and connects to the Atlantic Ocean. The lagoon was filled with huge chunks of ice that have broken off of the glacier. While I was there, one of the icebergs began to float towards the sea. The iceberg flipped and spun until it collided with a larger iceberg. Eventually, the broken and melting iceberg disappeared into the waves of the Atlantic. I will never forget watching this scene play out. The iceberg had been a part of a glacier for millions of years, but now has broken apart and will melt in the sea. I have yet to experience anything more powerful than watching an ancient glacier break apart before my own eyes; bearing witness to the effects of a warming climate with my own eyes. The environment may be powerful and dynamic, but our actions have a real effect on the world around us and we have to remember that everyday.

We live in a beautiful world that sustains our lives. Humans may try to control nature, but it is important to learn a lesson from Icelanders and try to live in harmony with the environment. The environment has the power to shape our lifestyle and state of mind. So spend more time outside; let nature restore you. In doing so, I’m certain you’ll realize the importance of living in harmony with the natural world and the urgent need to take care of it. The world is full of beautiful places that every generation should get the chance to experience and appreciate.